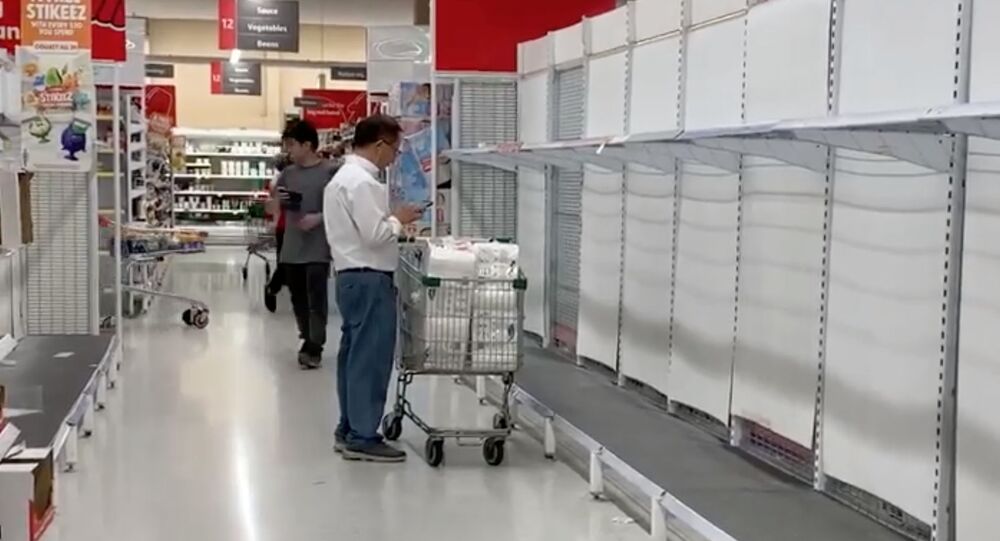 In an effort to combat the toilet paper shortage triggered by panic surrounding the COVID-19 novel coronavirus, one newspaper is attempting to come to the rescue by printing an “eight-page special” meant for readers’ bums.

Darwin-based Australian newspaper Northern Territory (NT) News proudly announced via social media on Wednesday that it would be doing its part to address the “#toiletpapercrisis” by supplying readers of its Thursday publication with an “8-page liftout of toilet newspaper.”

BREAKING: WE ARE PRINTING A SPECIAL 8-PAGE LIFTOUT OF TOILET NEWSPAPER TOMORROW IN CASE YOU CAN’T FIND ANY AT THE SHOPS #coronavirus #toiletpapercrisis pic.twitter.com/XHlarEWOV9

As proof to the doubters, NT News posted a video on Twitter the following day, proving the existence of its multipurpose paper.

YES, WE ACTUALLY DID PRINT IT #toiletpapercrisis pic.twitter.com/jusP50ojYu

While only 55 cases of the novel coronavirus and two related deaths have been confirmed in Australia, the country has been experiencing a severe toilet paper shortage as fearful citizens rush to stockpile the resource.

The women behind me at the Aldi check out #toiletpaper #coronavirusaustralia pic.twitter.com/XnenmvnQaR

There are special groups of people in our community who do not have the ability to shop on a regular basis, & when they do, they really need the essentials, like toilet paper to be available. Yes, stock up on 2 weeks worth of essentials, but not 3 or 4 months. #bekind pic.twitter.com/bjBNTiYapX

YOOOOO they out here doing snatch and runs on toilet paper 🤣🤣🤣🤣🤣💀💀💀💀 Australia has come to an end pic.twitter.com/OuqlTTgXSh

It’s likely that toilet paper panic did not decline after news stations across the world reported on a truck carrying large amounts of toilet paper that burst into flames earlier this week.

Fortunately for #coronavirus panic buyers, half the load was saved. pic.twitter.com/G02BI2OhNn

A number of stores, such as Woolworths and Coles, have placed “common-sense limits” on purchases of certain goods, according to Australia’s Nine News.

"We are trying to reassure people that removing all of the lavatory paper from the shelves of supermarkets probably isn't a proportionate or sensible thing to do at this time," Brendan Murphy, Australia’s chief medical officer, said during a Wednesday Senate hearing. "We are a well-prepared health system, but even the best-prepared health systems can face a challenge if you have large outbreaks."

Even Kleenex has tried to bring some calm to the situation.

Despite the government and manufacturers’ attempts to reassure the public that they are fully prepared to take on the novel coronavirus if it were to spread, it appears the only things citizens are buying is more rolls of toilet paper.

Ok Australia’s in a toilet paper crisis rn, yesterday the flour, rice and pasta sections have been almost cleared out too... but can I just ask why are people clearing out the sugar as well.... pic.twitter.com/3yWdAeB5hh

Australia has officially lost the plot. I just want some toilet paper pic.twitter.com/t1nS12dVmy

I can understand panic buying for food, but toilet paper? 🧻
Panic shopping in Brisbane Australia :) pic.twitter.com/i0nf0niRds

Mothership reported Wednesday that one angered Aussie shopper even pulled a knife on a fellow Woolworths customer in Sydney during a toilet paper-related dispute.

“There was a fight over toilet paper – you could hear a commotion coming from down the end aisle,” one witness said, as reported by the outlet. “There was a knife pulled, and the people started running around.” After security and police arrived on the scene, authorities then cordoned off the toilet paper section of the store.