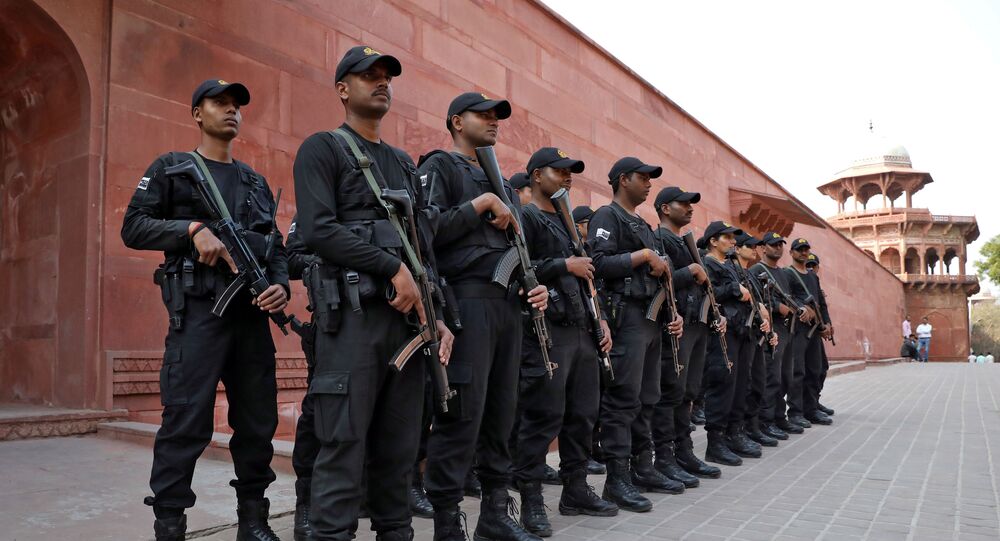 New Delhi (Sputnik): Pakistan-based Jaish-e-Mohammad claimed responsibility for a suicide attack on a convoy of troops in Pulwama in Indian-administered Kashmir on 14 February 2019 that left 40 soldiers dead. In retaliation, the Indian Air Force bombed a suspected JeM training camp in Balakot on 26 February 2019.

India's National Investigation Agency (NIA) has been conducting raids in South Kashmir to capture some terrorists believed to be linked to the Pakistan-based Jaish-e-Mohammad (JeM) that supposedly entered the region.

NIA sleuths along with Jammu and Kashmir police have carried out raids on multiple locations in the Pulwama district, where a suicide bomb attack claimed the lives of 40 Indian troops last year.

According to sources, NIA has raided the residence of top Jaish-e-Mohammad commander Zahid Sheikh in Pulwama and other areas.

Jammu and Kashmir has remained a hotbed for terrorists as India has repeatedly accused Pakistan of providing shelter, moral and material support to terror groups fighting against New Delhi's rule in the disputed region. The state’s Director General of Police Dilbag Singh has claimed that security forces have eliminated 25 militants in Jammu and Kashmir in 2020.

The raids on Wednesday coincided with the anniversary of airstrikes launched by India on alleged Jaish-e-Mohammad camps in Pakistan's Balakot region.