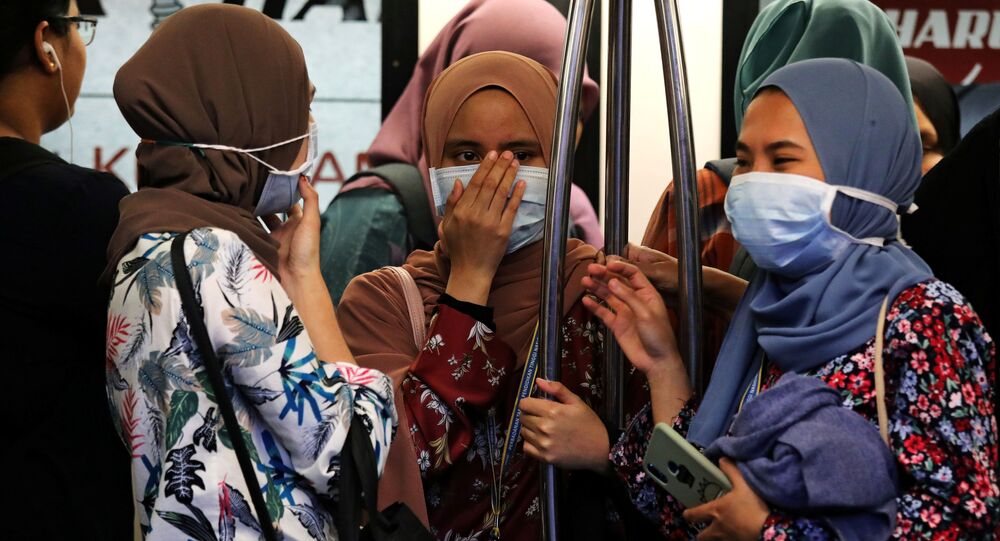 BANGKOK (Sputnik) - Malaysia confirmed two cases of the coronavirus among its nationals evacuated from Wuhan, the epicenter of the outbreak, media reported health authorities as saying.

"The two did not show any symptoms when they were screened at the Air Disaster Unit (ADU) after the plane landed in the country on Tuesday," Dzulkefly said, according to The Star.

The patients’ other family members tested negative for the infection, the newspaper reported.

The health minister assured reporters that all passengers have been placed in quarantine for 14 days as has become standard among most countries evacuating their citizens from China.

According to Malaysian daily The Star, Health Minister Dzulkefly Ahmad said at a news briefing that a father and son from among the 108 passengers returned from Wuhan were tested positive for coronavirus infection on Tuesday.

The novel coronavirus outbreak has killed nearly over 490 people with nearly 25,000 confirmed cases, prompting China to take drastic quarantine and precautionary measures. The World Health Organization last week declared a public health emergency of international concern as most nations have begun evacuating their citizens from the country.

Number of Coronavirus Cases in South Korea Rises to 18