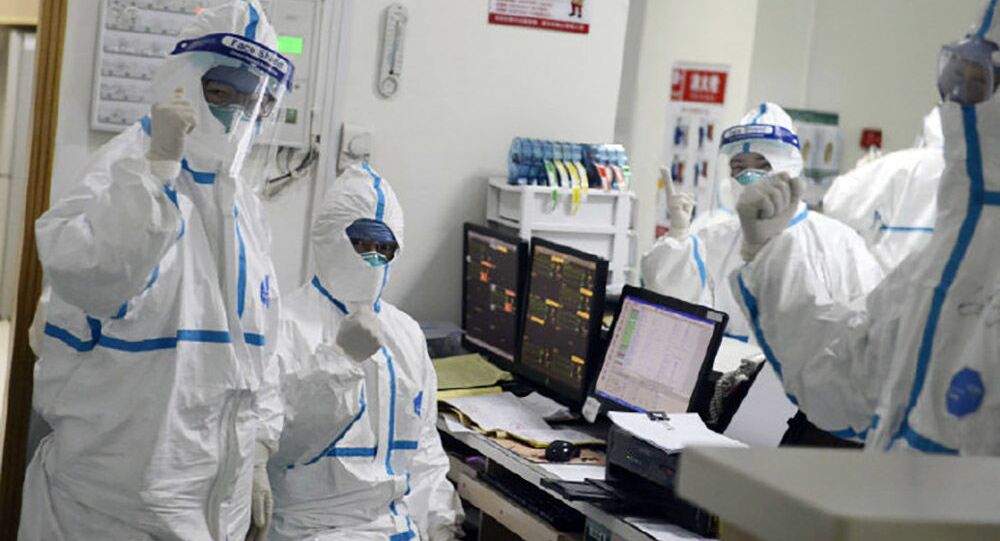 BEIJING (Sputnik) - Chinese President Xi Jinping has approved the dispatch of 1,400 military doctors to the Huoshenshan Specialised Hospital in Wuhan to work to treat the coronavirus. The facility was officially put into operation on Sunday, the Chinese Defence Ministry said in a statement.

"The armed forces sent 1,400 medical personnel to Wuhan, where starting from 3 February they will perform the tasks assigned to them at Huoshenshan Specialised Hospital for the treatment of pneumonia caused by the new type of coronavirus", the ministry said in a statement.

It is reported that the doctors were sent by military medical institutes of the ground forces, the Air Force, the Navy, the combined rear support forces, and 15 experts from the Chinese Army's disease control and prevention centre and the military medical research institute at the Army's academy of military science.

Huoshenshan Hospital will mostly receive patients with a confirmed diagnosis. It will have an intensive care unit, a general medical unit, as well as units for seriously ill patients, infection control, radiation diagnostics, and others. The hospital has a floor area of 25,000 square metres and has the capacity to receive 1,000 patients at once.

Huoshenshan and Leishenshan, two specialised hospitals for the treatment of the new type of coronavirus, were built in record time and will begin receiving patients on Monday and Thursday next week, respectively.

STRINGER
Chinese Premier Li Keqiang wearing a mask talks with staff members as he visits the construction site where the new hospital is being built to treat patients of a new coronavirus, following the outbreak, on the outskirts of Wuhan, China January 27, 2020. cnsphoto via REUTERS. ATTENTION EDITORS - THIS IMAGE WAS PROVIDED BY A THIRD PARTY. CHINA OUT.

Both hospitals are modelled after Xiaotangshan Hospital in Beijing, which was built in seven days during the severe acute respiratory syndrome (SARS) epidemic in April 2003 to cope with a large number of patients.

The World Health Organisation declared a global health emergency on Thursday in light of the outbreak.