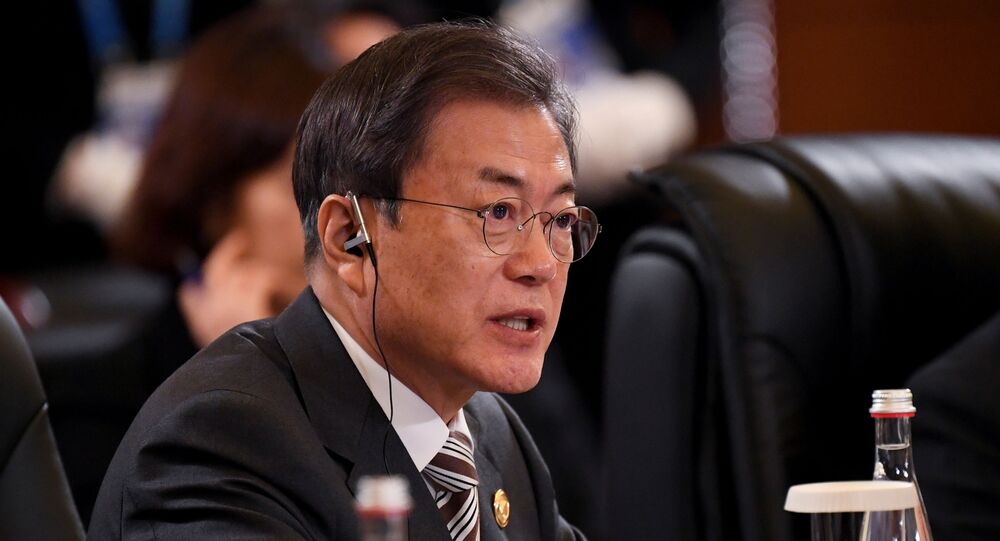 TOKYO (Sputnik) - South Korean President Moon Jae-in has called on Pyongyang to do everything possible to implement the agreement on a return visit of North Korean leader Kim Jong-un to Seoul.

"I hope South and North Korea can make efforts together so that the conditions for Chairman Kim Jong-un's reciprocal visit can be arranged at an early date," Moon said in a televised address on Tuesday, as quoted by France 24.

An agreement on Kim Jong-un’s reciprocal visit was made in the fall of 2018, when Moon held talks with the North Korean leader in Pyongyang.

Moon and Kim held a total of three summits in 2018 - in April, May and September - that helped achieve an unprecedented thaw in relations between the two nations, which have been divided since 1953.

South Korean President Moon Jae-in said in late September of last year that North Korea and the United States were preparing to relaunch denuclearization talks after they collapsed in February following an unsuccessful leaders' summit.