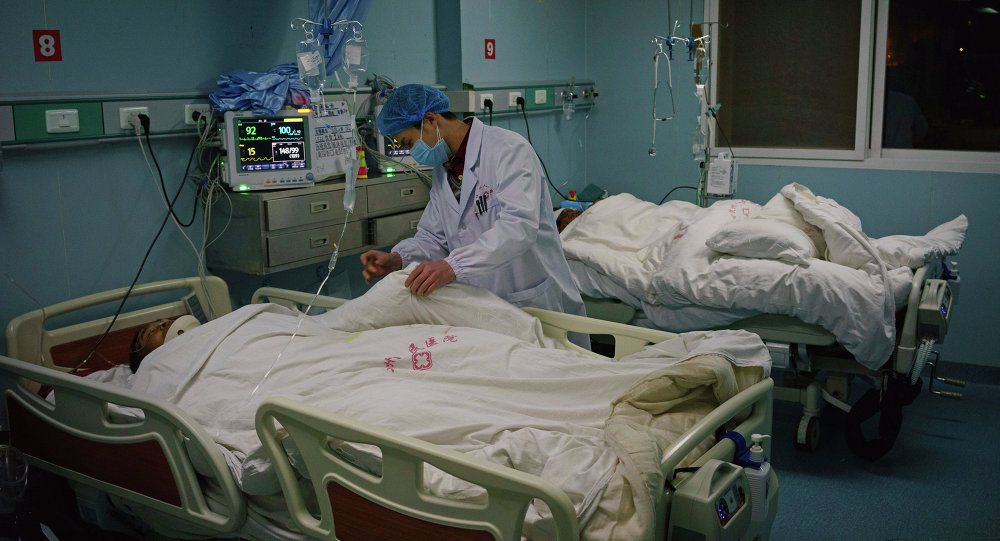 BEIJING (Sputnik) - The toll of people infected with pneumonia of unknown kind in the Wuhan city of the central Chinese province of Hubei has risen to 44 as authorities fear the return of deadly Severe Acute Respiratory Syndrome (SARS) coronavirus, the local health committee said in a statement on Friday.

"As of 3 January, a total of 44 pneumonia cases have been detected, with 11 people currently in severe condition, while the vital signs of the rest are considered generally stable", the Wuhan health authorities said.

The infected patients have been quarantined along with 121 people who had been in close contact with them, the statement read.

An investigation of experts from the central Chinese National Health Commission has found that the outbreak in Wuhan could have begun in the seafood market. At the same time, the nature of the viral outbreak remains unknown. The investigators have so far ruled out common flu, avian flu, adenovirus infection and other common respiratory diseases.

The infected individuals reportedly display symptoms typical of pneumonia and other acute respiratory diseases. It prompted fears on the Internet that the nation might be experiencing a return of the SARS, an epidemic that had claimed more than 600 lives in China throughout 2002-2003.

The Wuhan authorities confirmed the outbreak on 31 December, saying that 27 people have tested positive since the beginning of that month.

According to the World Health Organisation, SARS is a disease of unknown aetiology with an incubation period of up to 10 days with an estimated fatality rate of 3 percent. The symptomatic picture begins with fever, headache, malaise, and myalgias which eventually develop into a dry, non-productive cough that may be accompanied by or progress to hypoxemia.