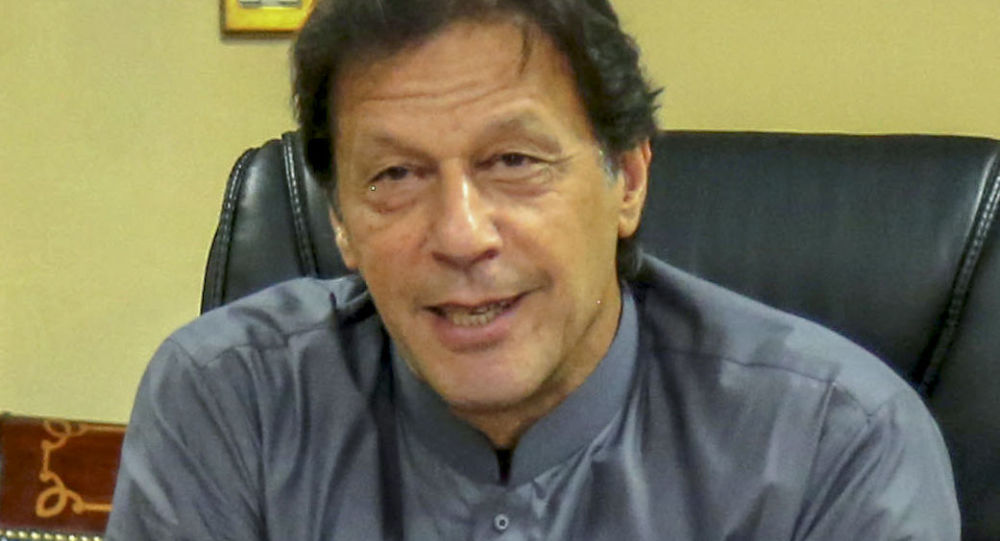 New Delhi (Sputnik) The whole of Pakistan is facing severe cold with weather dropping to below zero in several areas. The Pakistan Meteorological Department has said that dense fog and smog already gripping the county is likely to reduce visibility and could disrupt air, rail, and road traffic.

Netizens in Pakistan are full of praise for their Prime Minister Imran Khan who has come out in support of the poorest of the poor struggling in the open despite the country facing extreme cold conditions.

One had to build shelters.
God bless you; this is something new for our society first time someone talking about shelters.
before you, we only knew these people👇
One had to make pockets and live inside them.

For the first this country is having a PM who is so much concerned about poor people who have no food and shelter.

The reactions came in the wake of Pakistan's prime minister tweeting about helping out homeless people.

In view of the bone-chilling winter conditions affecting people in different parts of the country, Imran Khan has directed the provincial governments of Punjab and Khyber Pakhtunkhwa to set up shelters and arrange for meals for the underprivileged.

“Their administrations must take immediate action to provide temporary shelters plus food for those who cannot be accommodated in existing Panagahs (shelters)", he tweeted.

Given the extremely cold weather conditions I have asked CMs of Punjab & KP to ensure that no person is left out without shelter; & their administrations must take immediate action to provide temporary shelters plus food for those who cannot be accommodated in existing Panagahs.

He has said that if existing shelters don’t have adequate space to accomodate the underprivileged, temporary shelters must be set up for them.

Stating that protection of the homeless from extreme weather was the state’s responsibility, the Punjab chief minister said temporary shelter homes would be set up in the districts with no permanent shelter homes.

The Punjab government had already established panagahs in five locations in Lahore, including Railway Station, Thokar Niaz Baig, Badami Bagh, Data Darbar, and Lorry Adda with two more in the pipeline. It is set to build shelter homes in 36 districts to accommodate the needy and homeless, Dawn reported.

Auarangzeb said in place of focusing on shelter homes and soup kitchens, Khan would be better off keeping his word.