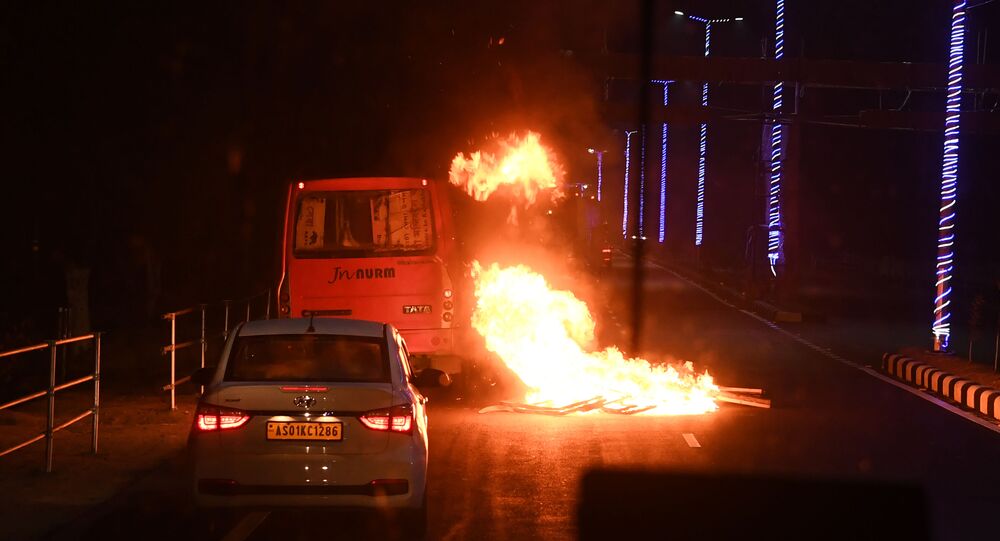 Violent protests have shifted to the Indian capital, New Delhi, where arsonists torched three public transport buses, damaged several others, and resorted to stone-throwing. Police had to lob tear gas shells and cane-charging to disperse the mob.

3 buses have been set ablaze by Jihadis in Jamia Milia Islamia. Those doing it can never be students. Strict action must be taken against these anti-nation elements. pic.twitter.com/6YrVenBrR4

UPDATE- Protests continue in Jamia Milia Islamia University. But the campus protests are peaceful, no violence

In the vicinity, near Julena in Jamia Nagar-buses have been set on fire-police lathicharged & used tear gas shells

​Though a premier university is in the vicinity of the protest site, a university authority has clarified that its students were inside the campus staging peaceful protests. Reports indicate the arsonists were locals or activists from some political parties.

Violence near Jamia is condemnable. It's not perpetrated by the students who have been protesting peacefully even in the face of batons, teargas and beating by the Delhi Police.#JamiaMilliaIslamia students community condemn violence and appeals for peaceful protest. pic.twitter.com/kCQH4YbiuX

​President of the Bharatiya Janata Party (BJP)’s Delhi Unit Manoj Tiwari has accused the ruling party of the national capital – Aam Admi of inciting violence. His tweet in Hindi reads, “At the instance of (Chief Minister) Arvind Kejriwal, the local legislator is inciting the public”.

​In central New Delhi, hundreds of protesters staged a sit-in against the law, which they allege is discriminatory against Muslims.

The Indian government enacted a citizenship law for non-Muslim migrants starting Friday. The law provides opportunities to six religious minorities – Hindus, Parsis, Jains, Christians, Buddhists, and Sikhs – from Afghanistan, Bangladesh, and Pakistan to receive Indian citizenship if they arrived in India before 2015.