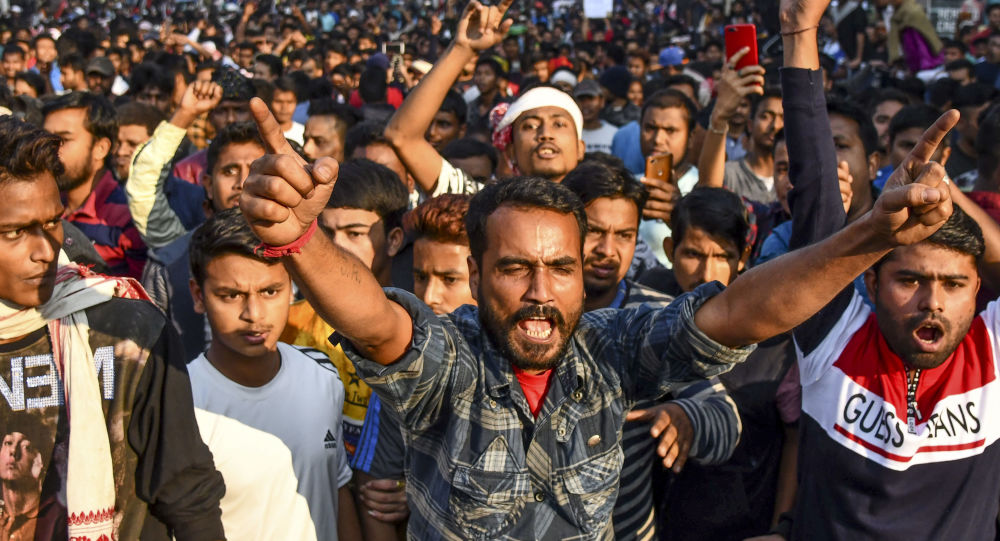 NEW DELHI (Sputnik) - Indian Foreign Ministry spokesman Raveesh Kumar slammed Pakistani Prime Minister Imran Khan for criticism of a new Indian bill granting protection to religious minorities from neighbouring states, except for Muslims, and advised the Pakistani leadership to take a closer look at flaws in their own legislation.

"Instead of casting aspersions on others, Pakistan needs to look inwards and ensure protection and promotion of the rights of its minorities and co-religionists rather than compulsively comment on others in the breach of internationally recognized norms," Kumar said in a statement.

India's legislation is its own internal affair, he said, advising the Pakistani leadership to review their own laws.

"Such comments cannot absolve Pakistan of the blatant persecution of the religious minorities which flows, including from the discrimination imbibed in its Constitution, the draconian blasphemy laws; the apathy of the State institutions in protecting the girls belonging to minority community from rape, abduction, forced conversion and marriages; vandalism and destruction of religious places of worship," Kumar added.

On Tuesday, Khan condemned a new Indian bill passed by the parliament's lower house, which is set to grant citizenship to several religious minorities who flee neighbouring countries, except for Muslims.

On Monday, the Indian parliament's lower house, Lok Sabha, passed in a 311-80 vote a controversial bill allowing citizenship for religious minorities, including Hindus, Buddhists, Jains, Christians, Sikhs and Parsis, facing persecution in neighbouring states. The opponents see the bill as discriminatory in what critics say is a fresh attempt to sideline the nearly 200-million-strong Muslim minority.

Tensions between India and Pakistan increased in August when Indian President Ram Nath Kovind signed a decree revoking Article 370 of the Indian constitution, which had ensured the special status of the Jammu and Kashmir state for decades. Under the government’s new initiative, the Jammu and Kashmir state was divided into two union territories that are under New Delhi's control.

Pakistan reacted angrily to India downgrading the Muslim-majority region to a territory and promised to protect Kashmiris. It expelled the Indian ambassador, halted bilateral trade and promised to raise the issue with the International Court of Justice.