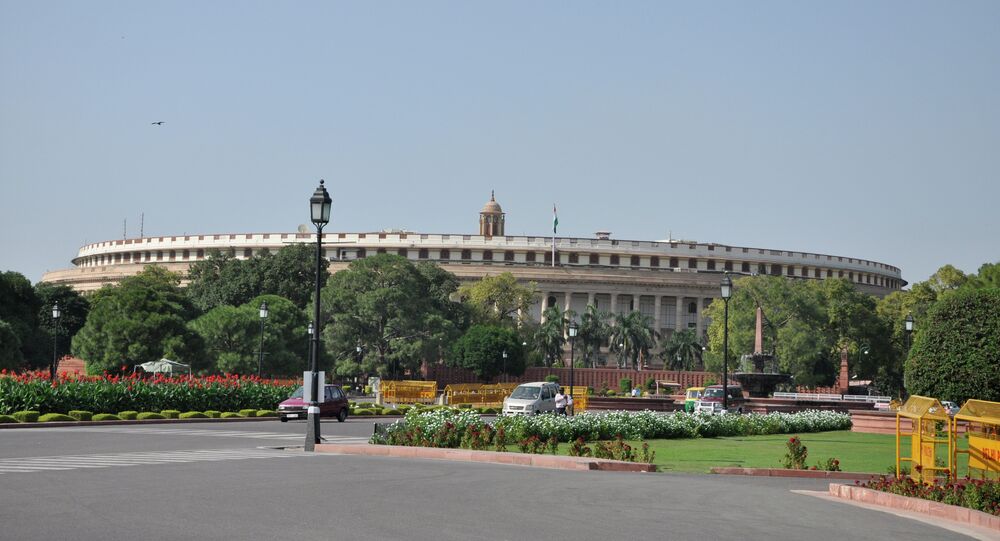 New Delhi (Sputnik): The proposed legislation has also evoked severe criticism for its “evident communal nature”, highlighting the exclusion of Muslims. However, Indian home minister Amit Shah has rejected such allegations in parliament.

India's cabinet under Prime Minister Narendra Modi has approved a controversial citizenship amendment bill that will allow Hindus from neighbouring countries to settle in India. The bill will be introduced in the ongoing session despite massive outrage in the country’s sensitive northeastern region.

The contentious legislation, which primarily focuses on Hindu immigrants, will also make it easier for Sikhs, Buddhists, Jains, Parsis, and Christians to obtain Indian citizenship. It will allow minority immigrants from India’s three Muslim-majority neighbours - Afghanistan, Bangladesh and Pakistan – to become Indian citizens.

Indian defence minister Rajnath Singh said on Tuesday that the three neighbouring countries were essentially Islamic nations and so it is non-Muslims who are at the receiving end of religious persecution there.

The legislation had previously been introduced in parliament, but the Rajya Sabha, the Upper House, rejected it, saying that “right to citizenship is for all and not specific religions”. It was further argued that the legislation would create “ethnic divisions” in the country, especially in ethnically diverse Assam.

In contrast to this legislation, the Indian government has been preparing to launch a national register of citizenship nationwide which is aimed at throwing out people who have entered illegally from neighbouring countries, especially Muslim-majority Bangladesh and Buddhist-majority Myanmar, which is home to a persecuted Muslim minority.

India is expected to surpass China within the next ten years to have the largest population of any country in the world, and its population density of 455 people per square metre exceeds that of Japan, Belgium and the Philippines, according to a 2018 World Bank report.