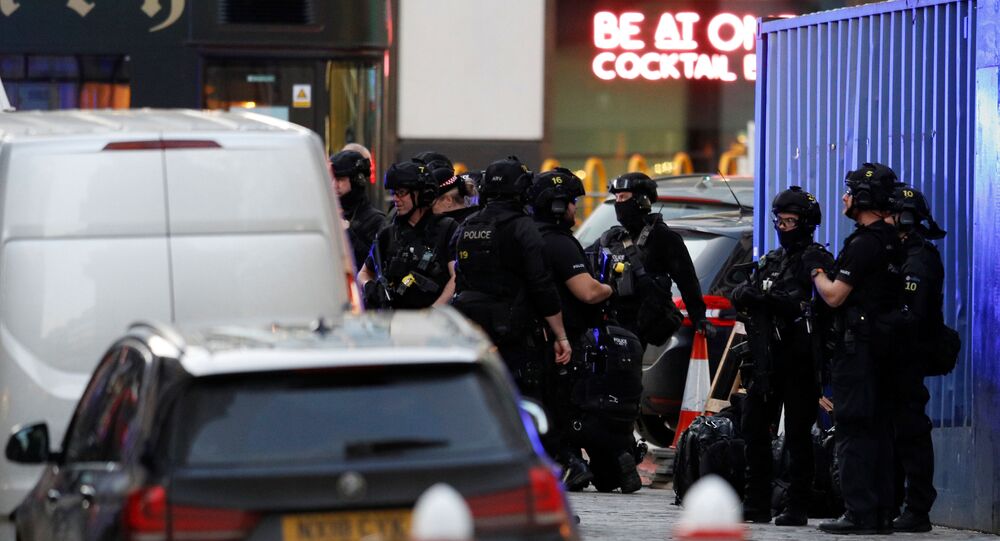 New Delhi (Sputnik) - The Dawn has reported the London attacker as: “London Bridge attacker identified as Usman Khan, UK national of Pakistani origin” and “London attacker of Pakistani descent is terror convict: Officials”. He was earlier convicted for plotting to bomb the London Stock Exchange in 2010, as well as Big Ben and Westminster Abbey.

Pakistan’s oldest daily The Dawn has come under attack in its capital city for carrying a news report stating the London attacker to be of Pakistani descent. Agitated people, who are calling the news outlet anti-state, have blocked the entrance and exit of the newspaper’s office in Islamabad.

They are raising slogans against the media organisation and are calling for it to be shut down. They are saying: “We will continue [to] protest as long as they (The Dawn) doesn’t [sic] apologise and ensure us that they will not write wrong reports about Pakistan. If that doesn’t happen, we will take away their pens and take out their eyes".

​The news report in The Dawn read: “The Metropolitan Police on Saturday identified the suspected London Bridge attacker as British national Usman Khan, a 28-year-old man from Staffordshire. Born in London, Khan is of Pakistani ethnicity”.

Another report further says: “According to The Telegraph, Khan — a British citizen born in the UK and of Pakistani origin — left school with no qualifications after spending part of his late teens in Pakistan, where he lived with his mother when she became ill".

On 29 November, Usman Khan stabbed several people near and on London Bridge in the UK capital. The suspect was shot dead on the spot, and the incident was classified as a terrorist attack. An investigation revealed that Khan was a former prisoner released on parole in December 2018 after spending eight years in jail on terrorism-related charges.

A big section of netizens, however, condemned the siege of the newspaper office and termed it as an attack on press freedom.

The Dawn remains under fire for being anti-establishment.​ In October, Cyril Almeida, a well-known Pakistani journalist who extensively reported on the country’s civil-military nexus for The Dawn, resigned from the newspaper, reportedly due to government pressure.

Pakistan is ranked 142nd out of 180 countries in the World Press Freedom Index 2019, published by the Paris-based non-profit organisation Reporters Without Borders.

What We Know So Far About the London Bridge Attack