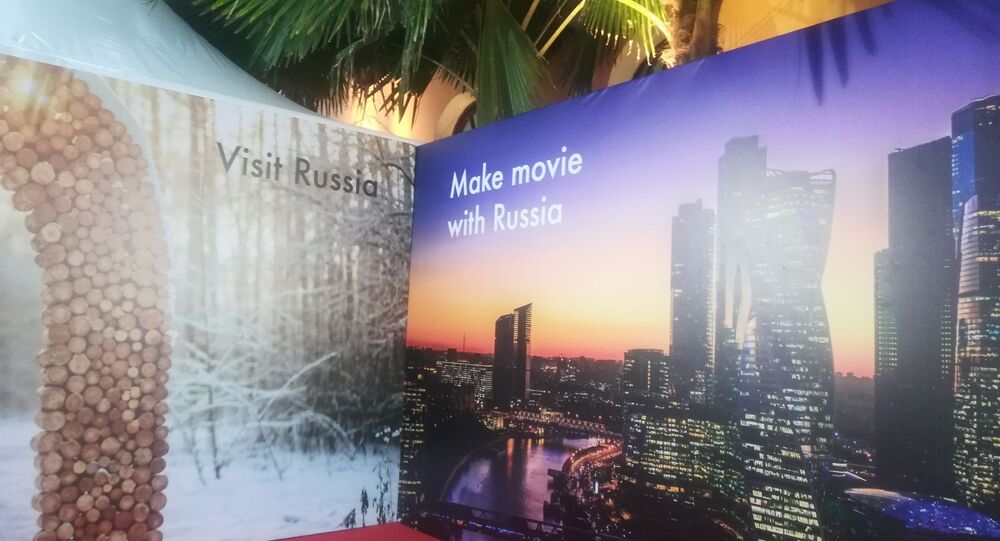 New Delhi (Sputnik Exclusive): At a time when Bollywood beauties like Priyanka Chopra Jonas are moving into Hollywood, the Russian movie industry is gearing up to work with Indian actors.

This year, at the 50th International Film Festival of India (IFFI), that customarily takes place in India’s beach-state of Goa on 20 November, Russia was the “Country of Focus” – highlighting Russia's contribution to global cinema.

On the sidelines of IFFI, delegates from the Russian entertainment industry revealed that they were working on a major Indo-Russian dance-action movie project and were looking for an Indian actor who could dance really well.

“Because the story is about a young Indian dancer, opposite Russian actress Katerina Shpitsa whose character will be in a love-less relationship with a Russian powerful man,” said Marina Naumova, Curator of the Russian Pavilion at IFFI.

Back in Russia, 34-year old Katerina is a famous theatre and cinema actress who has been in the entertainment business since 2008.

The casting team of the yet to be named movie, who were scouting for Bollywood actors zeroed down to 24-year-old Ishaan Khatter said,  “Oh! He’s just perfect!”

The actor began his career back in 2017 with critically and commercially successful movies like “Beyond The Clouds” and “Dhadak”.

Ishaan, who is currently shooting for the screen adaptation of author Vikram Seth’s classic book, “A Suitable Boy” for “BBC One”, said he would not mind charming audiences in Russia depending on the role offered to him.

“Sure! I’m shooting in Lucknow (city) for ‘A Suitable Boy’ till mid-December, but everything finally depends on the kind of content and role I am offered,” Ishaan said.

While the filmmakers are yet to finalise actors for the Russian movie, they are still undecided if it would be multi-lingual or not.

Naumova also revealed that despite Indian movies being globally famous for their dances, songs, costumes and superstars, it is not really popular in Russia.

“Bollywood films are not that famous in Russia. We mostly got Hollywood content more back there,” Naumova added.

For the Golden Jubilee edition of IFFI, eight extraordinary films by Russian directors were showcased in Goa.

Two of the most talked-about movies from Russia were “Abigail” by 30-year old Aleksandr Boguslavsky and “Andrei Tarkovsky: A Cinema Prayer” – a masterpiece documentary by Tarkovsky himself, who died in 1986.