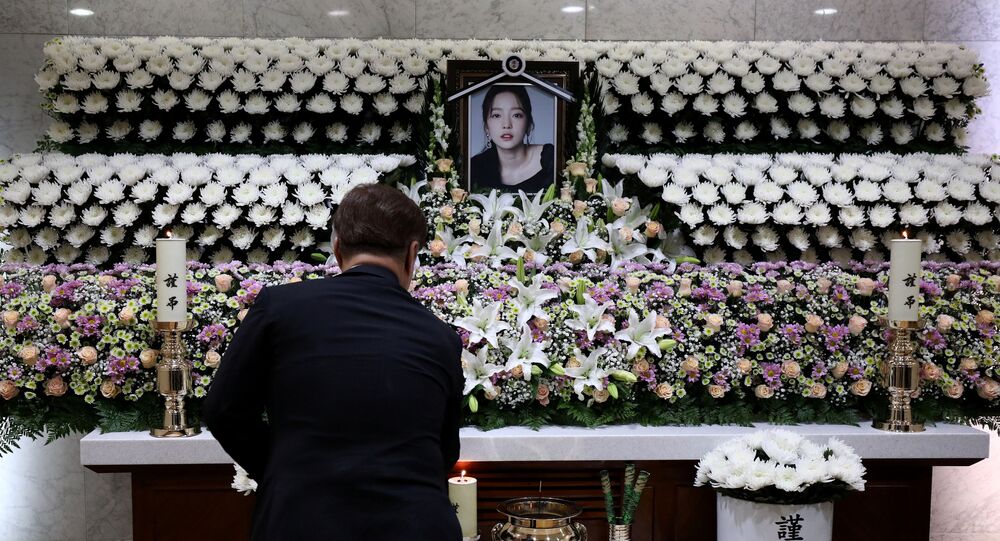 Two months after South Korean singer and actress Sulli committed suicide, the lives of K-pop fans were darkened by the news of the death of Goo Hara, a member of Kara band.

According to police, there is no reason to believe that her death was the result of an external cause because the singer had left a suicide note on a table in the house where she was found. While the artists who knew her express their condolences and cancel the planned concerts, and the singer’s family is preparing for a quiet funeral, all concerned are trying to understand what had prompted Hara to such a choice.

According to the South Korean Munha Ilbo newspaper, like Sully, the singer has been treated for depression for a long time because of numerous rumours and mean comments on social networks. In September last year, she broke up with her boyfriend, which was followed by a trial for violence, threats and an illegally filmed sex video. After a course of psychotherapy and the resumption of concerts, the symptoms began to disappear, but the death of Sully, with whom Hara had tried to get out of depression, reversed everything.

In May, a former member of Kara band had already tried to commit suicide, but after talking to doctors, she announced she would start a new life, and in June she signed a contract with a Japanese production company. On 13 November, she released a new album; and on 19 November, just 5 days before the tragic events, a successful concert was held in Tokyo. This further tuned those who followed Hara’s activities to the idea that mean envious people were to blame for her death.

Screenshots of comments on Ku Hara’s latest Instagram photo, captioned Good Night, were posted on South Korean social networks. There were comments like “The previous face was better,” “A double eyelid is somewhat strange,” alluding to the surgery the singer had had to improve her blepharoptosis. “She’s lying and making money,” “Live quietly and don’t post pictures every day so as not to provoke mean comments,” others complained. And these are the most decent statements from those that Hara and Sully had received.

After Sully’s death, spiteful critics, according to the Kunming Ilbo newspaper, subsided for a while. But not for long as we now know. Hara’s tragic choice once again raised the debate on the necessity to return to the idea of ​​using only real names to sign up on any website in order to discourage users from anonymously expressing their anger on celebrities. Some urge to completely turn off comments under articles on show business, or to pass a law on liability for mean statements in social networks in order to raise the level of public awareness.

Such measures would be relevant not only for ardent haters but also for ordinary followers since after the news about Hara’s death, fans started terrorizing her ex-boyfriend, who had allegedly threatened her with sharing their sex video online. And although the trial is still ongoing (the victim’s death doesn’t mean the end of the case but, on the contrary, aggravates the defendant’s position), the fans rushed to attack the judge, who had rejected the singer’s demands to adjudge her ex-boyfriend to jail.

In comments on articles about the reasons for of Goo Hara’s tragic death, some users also say that it’s, first and foremost, “garbage” journalists who write articles that contribute to mean comments and spread the negative over the Internet, pursuing more views, that are to repent of what happened. Others say that one shouldn’t blame everything on this factor since all celebrities are attacked.

“If the problem is only in mean comments, then how come politicians are still alive? Why is this becoming a problem only for idols? We need to start thinking from here. These guys are torn from society trying to make them successful, after that it’s difficult for them to rejoin the society. We need to carefully study the reasons why female idols suffer from depression so often. Why are they always trying to push the blame on someone else?”, gksc ****, a user of the Naver News portal, wrote.

According to Munha Ilbo, all the Korean celebrities who committed suicide are united by the fact that they began their career as unformed teenagers who, despite their tremendous popularity and huge fortunes earned by the age of 20-30, suffer from huge stress, which often translates into depression. It’s hard for ordinary peers of popular artists to have the constant feeling of concern for maintaining their own popularity, the loneliness generated by the restriction of human contacts, and the responsibility to support their families from a very young age. But these are the harsh realities of South Korean show business, giving joy to millions of fans around the world.