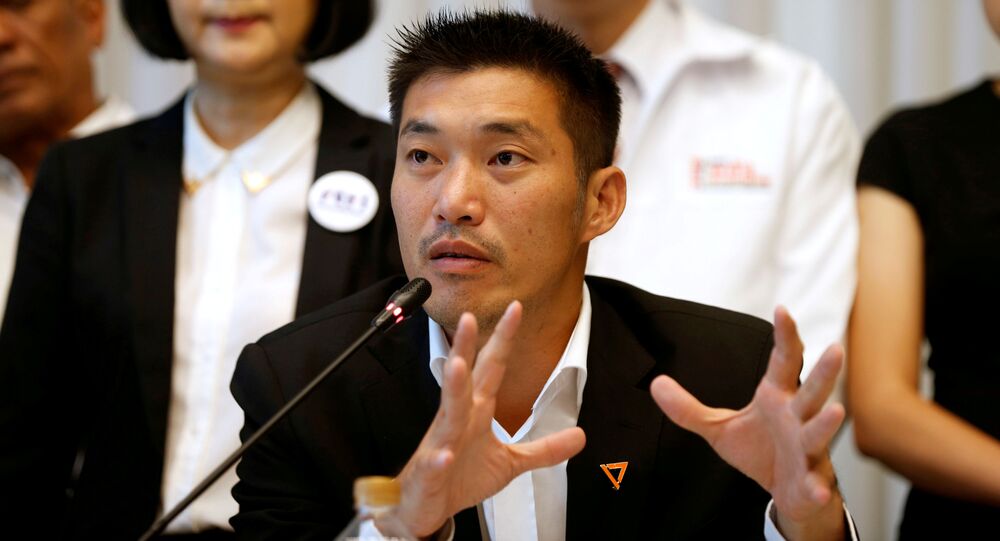 MOSCOW (Sputnik) - The Constitutional Court of Thailand disentitled soaring opposition leader Thanathorn Juangroongruangkit as a member of parliament after ruling that he violated the country's electoral law during the March general vote, Thai media reported on Wednesday.

The leader of the Future Forward party, Thanathorn is enjoying growing support, especially among young voters. He advocates for ending the rule of the current military-dominated government. In March, his party came third in the general elections, obtaining almost a quarter of all parliamentary seats.

The court found him guilty for owning shares in a media company when he registered to run for election, which is against Article 98 of the Thai Constitution, banning parliamentary candidates from owning shares in media companies for the sake of fair competition, the Thai PBS broadcaster said.

© AP Photo / handout
Thai King Strips His Consort of All Titles Over 'Disloyalty to The King’ - Reports
In his defence, Thanathorn reportedly said that the company, called V Luck Media Company, belonged to his family and stopped operating as media in 2018 when it switched to publishing glossy magazines and on-board booklets for aeroplanes. Additionally, the politician claimed that he had given all of his shares to his mother at the time of the vote, according to the broadcast.

The court ruled to disqualify the opposition maverick from parliament, but he is still able to continue his political career as a party leader.