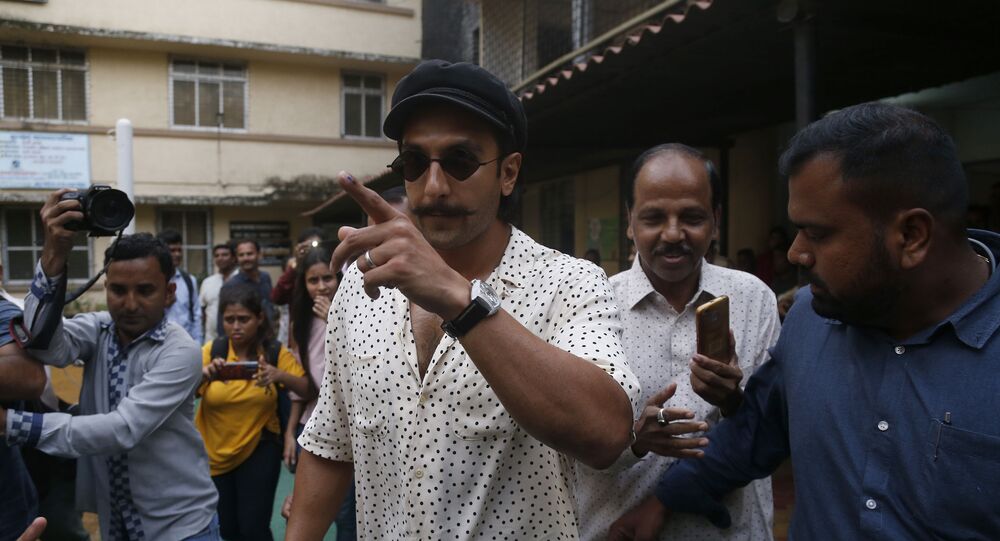 New Delhi (Sputnik): Bollywood actor Ranveer Singh, who is known for transforming like a “chameleon” into his characters, has once again left fans awestruck with his latest Twitter and Instagram posts.

Ranveer Singh has recently wrapped up the shooting schedule for his upcoming movie titled – ’83 – which is a  biopic based on the life of legendary Indian cricketer Kapil Dev.

Ranveer posted a still from the movie, scheduled to be released in April 2020 on his social media accounts after which, netizens broke the internet with reactions on Monday.

Fans went berserk noting the aggression on Ranveer’s face, in the picture which seemed to have reminded cricket fans of the former Indian skipper’s attitude on the field.

😍😍😍 nailed the expression as well 😍😍😍 #RanveerAsKapil

The "34" star shared the first glance of him depicting his character Dev on his birthday in July and left fans gasping for breath.

The movie was based on the life of a slum-dog rapper.

Ranveer’s transformation into menacing emperor Alauddin Khalji – who was the second and most powerful ruler of the Khalji dynasty, ruling the Delhi Sultanate in the Indian subcontinent – in the controversial film “Padmavat”,  also left a lasting impact on fans across the world.