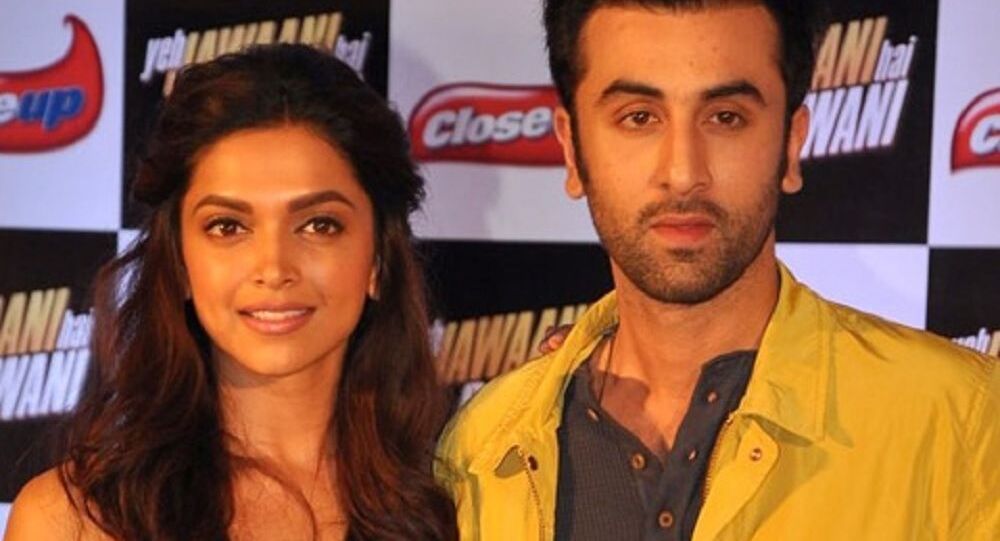 The Bollywood flames Deepika Padukone and Ranbir Kapoor hogged the paparazzi's attention for the longest time during their relationship with their unparalleled chemistry and have continued to do so even later, after their very public breakup.

Moviegoers were left excited after the duo’s upcoming romantic comedy film was reportedly given the green light by director Luv Ranjan.

The film’s shooting dates have been locked for February 2020, with Ranbir and actor Ajay Devgan also being roped in for the movie, according to media reports.

Even though Ranbir and Deepika now share a cordial relationship, the news of the couple’s reunion for the film has prompted social media users to poke fun at the duo with hilarious memes.

Ranbir and Deepika on the sets of their luv ranjan movie pic.twitter.com/hGKTalIWeS

me when i see 50 articles a day of deepika collaborating with ratbir for luv ranjan’s crap. pic.twitter.com/8kAI2fsaB6

​Several fans were also excited at the news, as the couple’s on-screen chemistry in the film will once again jog their memory.

Ranbir Kapoor and Deepika Padukone are all set to dazzle our screens once again! ✨ The onscreen couple is all set to star in Luv Ranjan’s upcoming film 👏🏻👏🏻
-
-
-#masalamagazine #masalauae #ranbirkapoor #deepikapadukone #luvranjan #bollywood #bollywoodlatestupdates pic.twitter.com/aw8DvqaT6s

There might have been a bitter past for ranbir kapoor and deepika padukone but the ex-lovers still make for a crackling pair inBollywood and it looks like filmmaker luv ranjan has pulled off a casting coup of sort by bringing Ranbir and Deepika together after 4 years on celluloid pic.twitter.com/pOOleSto7I

The movie has also become bait for controversy, as Deepika’s fans requested that she not be a part of the movie, with #NotMyDeepika trending on Twitter as director of the film Luv faced a #MeToo controversy over alleged sexual misconduct last year.

Earlier, in an interview Deepika called Ranbir a “pathetic” boyfriend when she was asked about her opinion of the actor.  She also poked fun at the actor by rating his sex appeal as minus one.