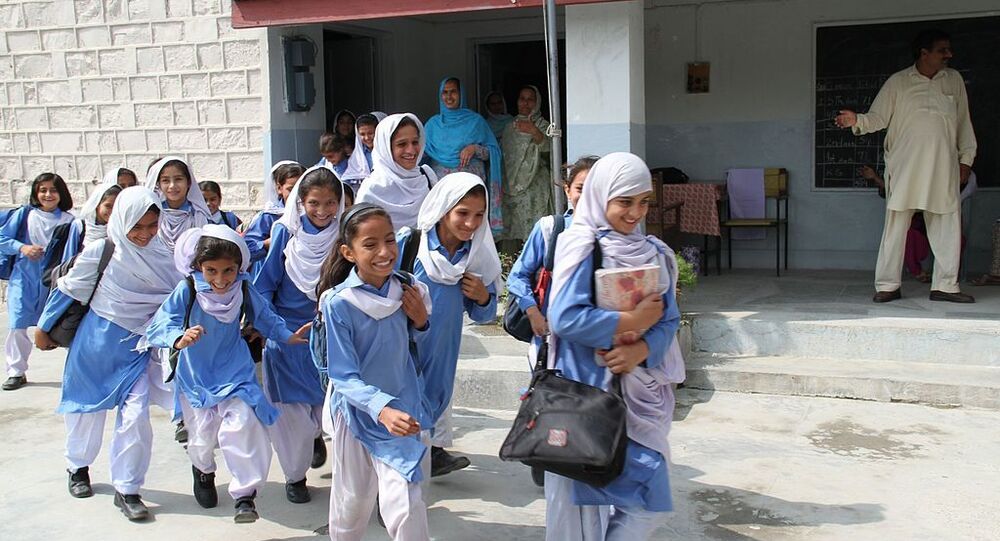 New Delhi (Sputnik): An education improvement project will be launched in Pakistan’s Sindh province under which at least 160 new school blocks are to be constructed by 2025, the country’s state media has reported.

In an effort to address Pakistan's abysmal school dropout rates where nearly 23 million children are uneducated, the Manila-based Asian Development Bank (ADB) has offered a $75 million loan to improve quality, accessibility and gender responsiveness to secondary education, Radio Pakistan has said in a report.

The report suggests southeastern Sindh, in particular, is in the grips of an education crisis.

Despite billions of rupees being spent annually by the Sindh government and international donors on education, the ground reality is that a majority of Sindh's ruling elite is not inclined towards educating children, believing it will lead to social change that could threaten their domination, the Pakistan daily Dawn had reported last March.

In a statement released on Monday, the ADB regional development bank said Pakistan has 22.8 million out-of-school children, 28 per cent (approx. 6.4 million) of whom are in Sindh alone.

The province has the second-lowest gross enrollment ratio and net enrollment rates at all levels of education in the country, it also said.

Under the Sindh Secondary Education Improvement Project, the ADB will finance the construction of new secondary school blocks within existing government school compounds located in 10 districts of southern Sindh.

The Pakistan government will contribute Rupees 11.76 million ( $7.5 million) for the $82.5 million projects, the rest will come from the ADB.