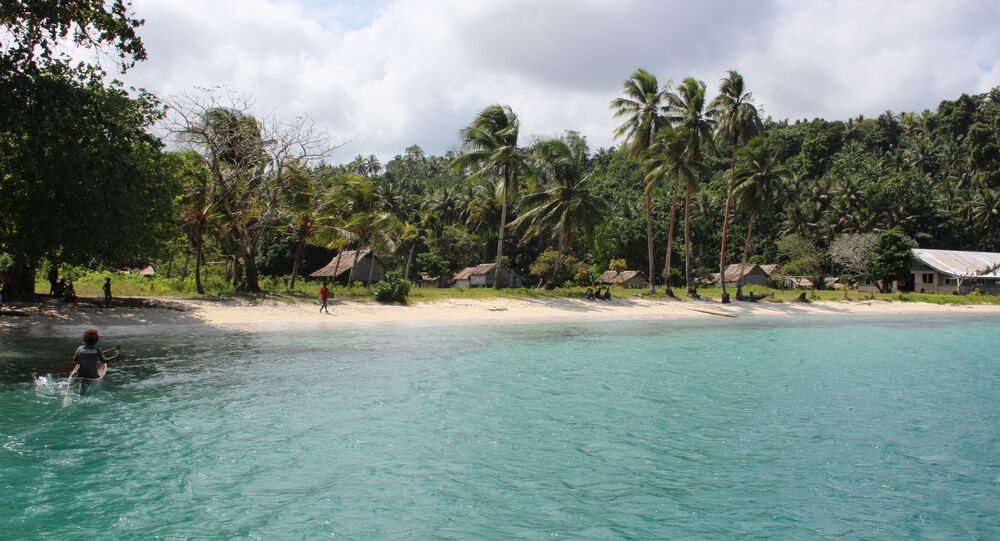 The troubled Gold Ridge mine in the Solomon Islands changed ownership multiple times over the years and was shut down by its last owner in 2015 after severe flash flooding.

The mine which is currently the property of a local landowning company, Gold Ridge Community Investment Limited, is less than an hour’s drive from Honiara across the Guadalcanal Plains and has stood dormant for the past three years.

It is now being redeveloped by the Chinese miner Wanguo International working in partnership with Chinese owned Australian developer AXF Group and local landowners in Central Guadalcanal.

Speaking to RNZ Pacific earlier in the week, a spokesperson for Gold Ridge, Allen Wang, applauded the new contract for the reconstruction of the mine by the China Railway International Group, emphasizing he believed China Railway "had the mining experience, construction expertise and Pacific experience to make a great contribution to the development of a world class mine in Solomon Islands".

The first phase includes an exterior mountain-stripping project followed by the installation of interior mining equipment and facilities.
The second phase includes the construction of roads, bridges, and a nearby reservoir along with dock facilities and a hydropower station.

The mine on central Guadalcanal, south-east of the capital Honiara, began operation in 1998, and at the height of its production in 2012 accounted for 20 percent of the country’s entire gross domestic product.

However, a succession of foreign owners and intermittent periods of closure due to civil unrest and environmental problems left a troubled legacy.

After Cyclone Ita and torrential rain damaged infrastructure and forced the mine to shut down in 2014, its Australian owner, Santa Barbara, sold the venture and its legal liability a year later to Gold Ridge Community Investment Ltd, a local landowner company for AU$100.

Shortly after St Barbara sold the mine, the Solomon Islands Government declared it a disaster area when a tropical cyclone filled the dam to capacity.

On 12 September 2019, the mine signed a deal with China Railway Group Limited of China worth US$825 million to build and lease a railway system and mining service station.

China Railway International announced the deal on its website’s notice board on the date it was signed, with parent company China Railway Group announcing it on 16 September, the day the Solomon Islands and Taiwan officially broke ties.

The contract is to last until March 2034.