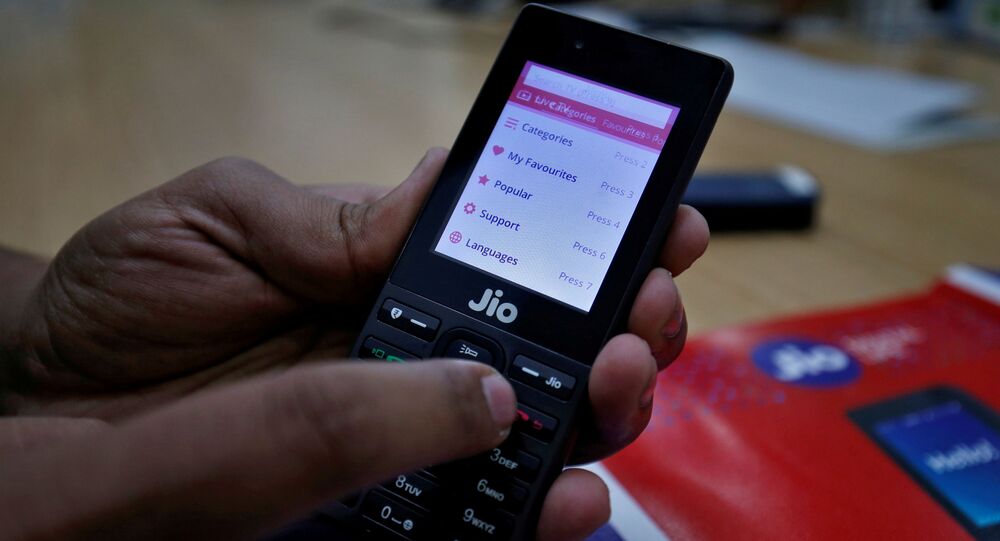 New Delhi (Sputnik): India’s top court has settled the definition of Adjusted Gross Revenue (AGR) payable by private telecom operators. AGR is calculated on the basis of revenue earned by operators, including non-telecom related sources, however the operators claim AGR should comprise only the revenue generated from telecom services.

The Supreme Court of India on Thursday upheld the criterion of the federal Telecom Department that charges should be calculated on the basis of the entire revenue earned, including non-telecom related sources. This means that telecom operators would have to cough up about Rs. 92,000 crores, or around $12.96 billion.

The telecom operators had in 2005 challenged the definition of AGR by Telecom Department before the federal Telecom Disputes Settlement Appellate Tribunal claiming that the charges should be levied only on the basis of revenue generated from telecom services. While the Tribunal upheld the definition of the AGR, it exempted revenue from certain other services.

Telecom Department challenged the decision of the federal Tribunal before Supreme Court, claiming the Tribunal has no jurisdiction on the validity of terms and conditions of licenses.  The Court has upheld the Department’s views and asked the operators to pay up spectrum usage charges and licensing fee at 3-5 per cent and 8 per cent respectively.

The Supreme Court order would affect 15 operators, of which only two remain operational – Airtel and Vodafone.

India’s New Telecom Policy of 1999 had introduced a revenue sharing model, where telecom licensees were required to share a percentage of their AGR with the government as annual license fee. In addition they were also required to pay Spectrum Usage Charges for the use of radio frequency spectrum allotted to them.

The federal auditor – Comptroller and Auditor General of India, who had audited the accounts of private telecom operators for 2014-15, found understatement of revenue from infrastructure sharing for computation of general revenue/AGR by several telecom operators.

Bharti Airtel, one of the affected operators, said: “The TSPs (telecom services providers) have invested billions of dollars in developing the sector and providing world-class services to consumers. This decision has come at a time when the sector is facing several financial stress and may further weaken the viability of the sector as a whole.”

Telecom Operators in India at Loggerheads Over Call Ring Time