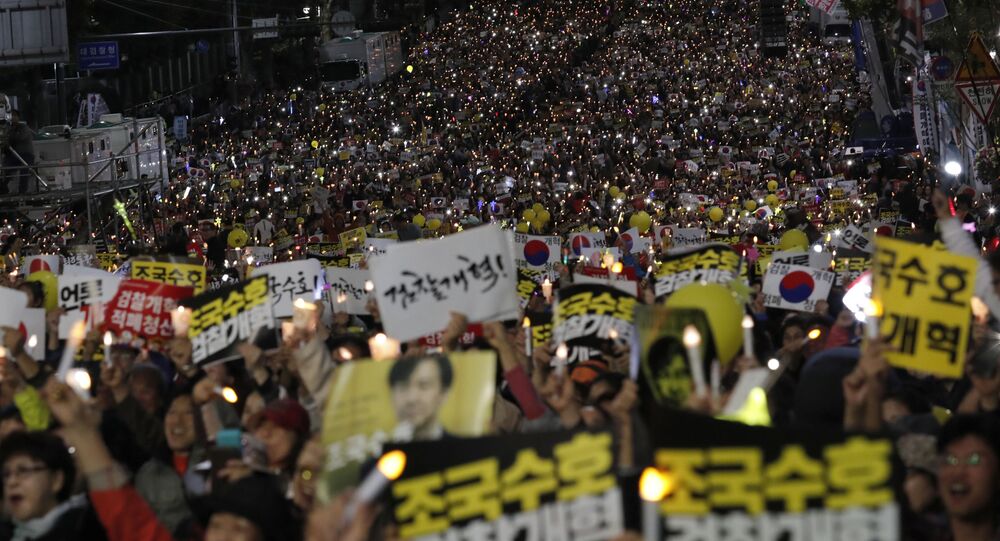 The official, who was appointed in September, became the target of a corruption probe into his family's irregular investments and treatment of his children during the university admissions process.

South Korean Minister of Justice Cho Kuk has stepped down amid a corruption scandal, Reuters reported.

"Prosecution reform had been my life's mission as a scholar", Cho stressed in a statement explaining his resignation, but noted that "something inconceivable has happened", and that he had to leave the government.

In the meantime, prosecutors summoned the politician's wife for questioning on Monday - the fifth time over the last two months.

Cho stepped down one day before a parliamentary audit of the ministry. He also had to stop work on prosecution reform, which entails the disbanding of over half of the existing special investigation units in the country. The government suggested replacing them with a separate investigative agency that would probe crimes committed by high-ranking officials.

The case earlier sparked major protests, with opponents and supporters of the minister hitting the streets of Seoul.