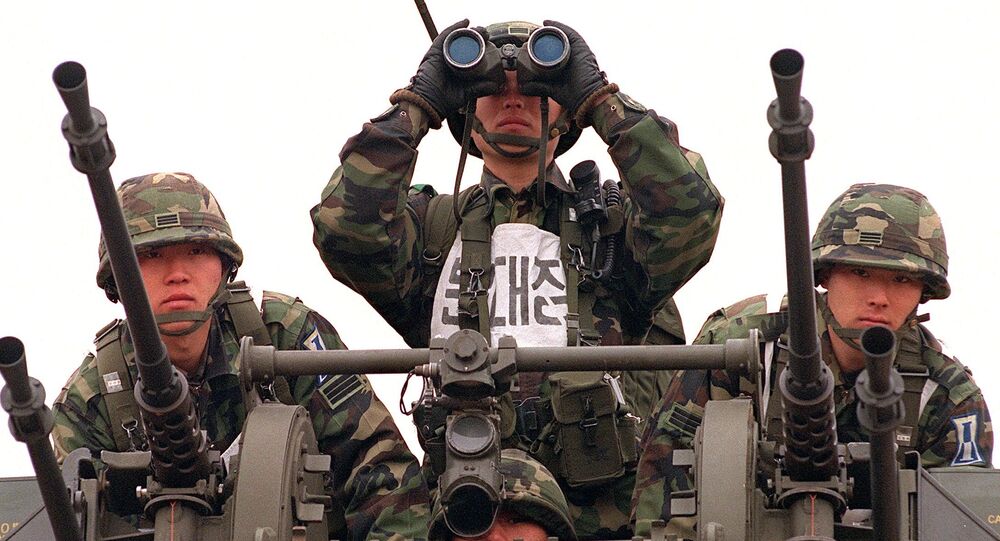 The Republic of Korea Army plans to cut its troop numbers by one quarter by 2022, according to a report submitted to the National Assembly. However, it’s not a step away from military confrontation, but rather compensation for a low birth rate. Seoul is investing in more advanced weapons systems than ever.

According to an army report presented to South Korea’s National Assembly for an audit on Friday, the Republic of Korea Army (RoKA) intends to slash its troop numbers by roughly 100,000 in the next three years, from about 464,000 at present to 365,000. With a shrinking demographic of men eligible for conscription, the armed forces must compensate, Yonhap News Agency reports.

Under the ambitious plan, the army will also reorganize itself by reducing the number of Army corps from eight to six, and divisions from 38 to 33, according to an Army statement quoted by AFP.

According to South Korean government statistics released in August, the country’s fertility rate fell in 2018 to its lowest point since records began, with less than one baby being born per woman, AFP reported.

To maintain a stable population, with at least enough people being born to replace the dying, a country requires a fertility rate of at least two babies per woman, not including the influence of immigration or emigration on population trends. Thus, its current population of 51 million is projected to decline to just 39 million by 2067, if present trends keep up. At that point, the median age for a South Korean will be a whopping 62 years old.

It’s a problem faced by almost every industrialized nation, and South Korea’s fertility rate has plummeted from a high of almost 2.2 children per woman in the late 1960s. The accompanying challenge is a demographic trend toward older populations. The number of South Koreans over the age of 65 made up 13.6% of the population in 2017, passing the size of the 0-14 age group for the first time.

Increasing numbers of people are delaying or foregoing marriage in the country, with a majority of South Koreans between the ages of 20 and 44 being single, and a majority of them saying they choose to remain so, according to CNN, citing the Korea Institute for Health and Social Affairs.

The result is that able-bodied men able to carry out compulsory military service in South Korea are fewer than ever: by 2022, they’re estimated to only number 250,000, down from 350,000 in 2017, Yonhap reported, citing government data.

Seoul is instead focusing on new, high-tech weaponry to confront its primary adversary, the Korean People’s Army across the demilitarized zone in North Korea, which has more than 1.1 million men under arms.

"We set up a science and technology committee earlier this year for joint research and development with government agencies and major defense companies. Based upon the results, we will draw up detailed military requirements," the army said Friday, Yonhap reported.

On Monday, the South Korean Defense Ministry’s Defense Acquisition Program Administration said in a report to the National Assembly it would spend about $3.3 billion on acquiring another 20 F-35 stealth aircraft from US defense contractor Lockheed Martin, Defense News reported. The defense ministry has also pursued new helicopter carriers and is reportedly even weighing a blue water fleet carrier in the next decade, along with numerous other warships.