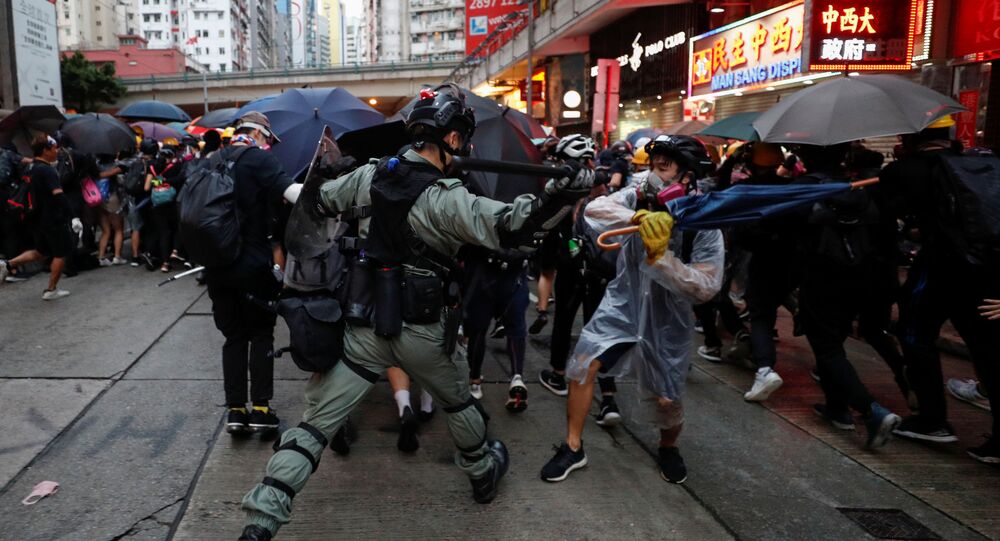 BEIJING (Sputnik) - Protesters in Hong Kong on Saturday threw Molotov cocktails inside the Kowloon Tong metro station amid ongoing unrest in the city, local police said in a statement, adding that nobody got hurt as a result of the incident.

The police added that no one was injured as a result of the incident, but the metro station was substantially damaged.

At around 3pm, rioters threw petrol bombs inside Kowloon Tong MTR Station, posing a threat to the safety of citizens. Many people have already lost freedom to stroll around safely. So sad, so terrible, so unsafe! pic.twitter.com/fOheuFd6SN

​Law enforcement officers were deployed at the metro station, while exits G1 and G2 were closed, the police said.

Massive protests in Hong Kong, triggered by the now-shelved controversial extradition bill, have persisted for almost four months and turned more violent since the beginning of October, as protesters called for the local government to meet their remaining demands, including universal suffrage and an independent investigation into alleged police brutality. The demands did not include calls for independence.

Beijing has suggested that foreign interference caused the political crisis in Hong Kong and expressed full support for actions of the local authorities.