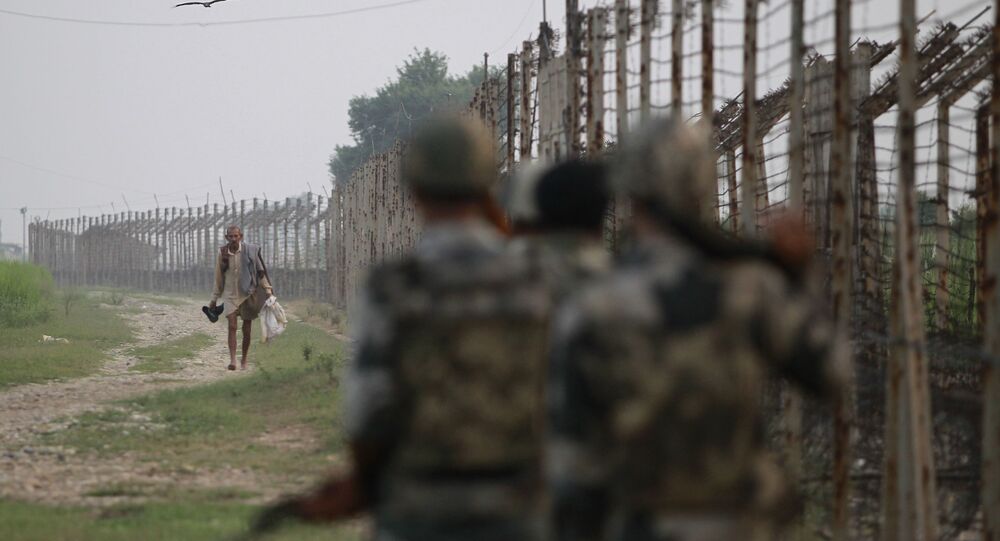 New Delhi (Sputnik) A conflict between arch-rivals Pakistan and India could ignite a nuclear war that could kill millions of people, the president of Pakistan-administered Kashmir said in a recent interview.

Maintaining that Islamabad is not seeking a conflict with New Delhi, Masood Khan, the president of Pakistan-administered Kashmir, said however, that if forced into such a situation, Islamabad would not hesitate to retaliate.

Khan said even a limited military conflict between the two nations could evolve into a nuclear war and the consequences would not only be damaging but also wide-ranging.

"If a war breaks out between India and Pakistan, it will be quick, dirty and deadly. It will be an Armageddon, hundreds of millions will die in South Asia, and 2.5 billion people will be affected by radiation all over the world," Khan added.

Presenting a realistic scenario of the tension that currently exists between Islamabad and New Delhi over Kashmir, Khan predicted that at some point the international community would have to intervene and pile pressure on India.

Last week, attending the 74th session of the United Nations General Assembly (UNGA), Pakistan Prime Minister Imran Khan warned of a “bloodbath” brewing in the disputed Kashmir region and hinted that weapons of mass destruction could be employed against India if war breaks out.

That fiery remark delivered on 27 August led India to accuse him of “warmongering” because of his “obsession with Kashmir.”

In August, India revoked the special quasi-autonomous status of Jammu and Kashmir that had been granted to the region 75 years ago. That decision did not sit well with Pakistan, which accused New Delhi of violating UN resolutions and the bilateral Simla Agreement of 1972. Islamabad subsequently since launched a diplomatic and economic offensive against New Delhi.

India has consistently maintained that the decision to abrogate Jammu and Kashmir’s special status is an internal matter and would not tolerate third-party interference.

India and Pakistan have fought two wars over Kashmir, which both claim in full. They have also been engaged in smaller cross-border skirmishes in Jammu and Kashmir along the Line of Control that separates the two sides.