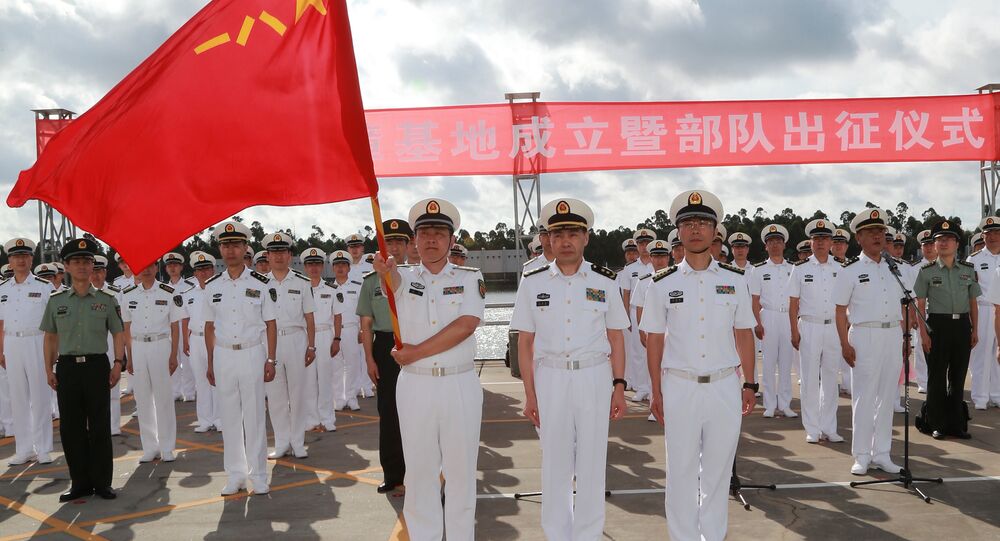 BEIJING (Sputnik) - China is seeking to finalise all formal procedures needed to accede to the UN Arms Trade Treaty (ATT) as soon as possible, Chinese Foreign Ministry spokesman Geng Shuang said on Saturday, adding that it is a very important move for the country.

"Chinese Foreign Minister Wang Yi in his speech at the UN General Assembly announced that China has initiated domestic legal procedures for accession to the ATT. At the moment, we are carrying out the appropriate internal legal procedures for early accession to the treaty. This is a significant step in the light of China's participation in the global management of arms trade for the sake of international and regional peace and stability", Geng said.

According to the spokesman, this move indicated Beijing's commitment to supporting multilateralism and fighting illegal arms trafficking.

Geng also noted that China was ready to cooperate with all parties to strengthen establish a well-regulated and reliable order in terms of arms trade and contribute to international and regional peace and stability.

ATT, which aims to regulate the trade in conventional arms, entered into force in December 2014. It has 130 signatories. Meanwhile, US President Donald Trump said earlier in the week that Washington would never proceed with the ratification of the agreement, as it was "trampling rights of US citizens".

The ATT seeks to reduce illicit arms sales by promoting transparency and establishing common standards for trade in international conventional weapons, according to the Arms Control Association (ACA). The ATT does not place restrictions on the types or quantities of arms that may be purchased or owned by parties to the agreement and does not impact a country’s domestic gun laws, the ACA said.