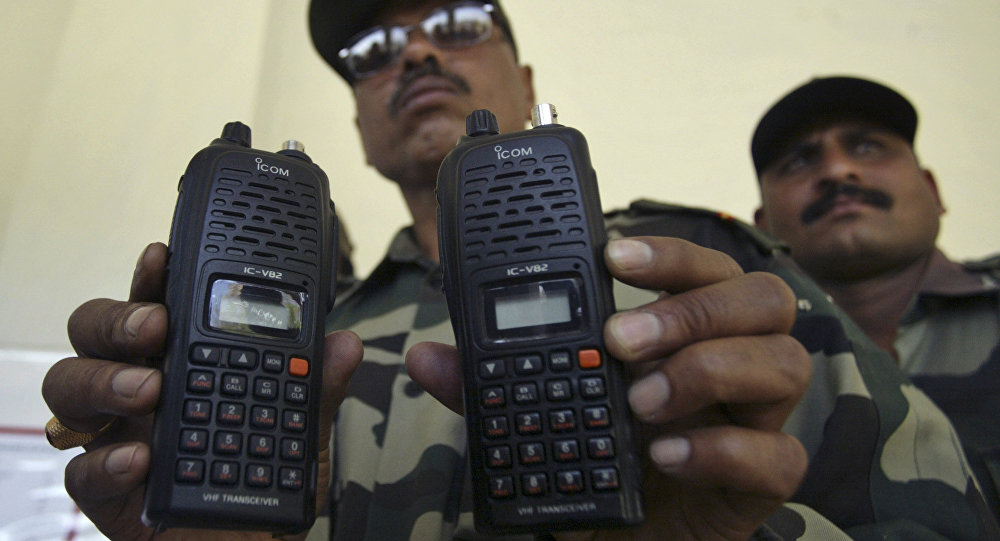 New Delhi (Sputnik): As the Indian and Pakistani prime ministers take turns addressing the ongoing UN General Assembly in New York, a video was posted alleged to be of suspected terrorists attempting to infiltrate along the Line of Control (LoC) in the Indian state of Jammu and Kashmir.

The video was released today by Indian news agency ANI, claiming to be of Pakistani terrorists in the hilly terrain of the Kupwara district of Jammu and Kashmir on 30 July.

The attempt was said to have been foiled by the Indian Army after suspicious movement was detected in the region. Indian troops retaliated by firing, forcing the alleged infiltrators to retreat.

Indian Army detected Pakistani terrorists near LoC in Kashmir’s Kupwara sector on 30 Jul.Indian troops started firing at them as soon as terrorists were detected&forced them to return to their territory.They were attempting to infiltrate&carry out attacks on Indian positions. pic.twitter.com/WlKT9VF6Cd

Earlier, a video was released by the Indian Army alleged to be of an infiltration attempt by the Pakistan Army Border Action Team (BAT) along the LoC in the state’s Kupwara district.

Tensions between the two nuclear-armed nations escalated after India carried out an aerial strike in Balakot, an area inside Pakistan, to destroy alleged terrorist facilities operated by Jaish-e-Mohammad (JeM) on 26 February.

Tension resurfaced in the first week of the August after the Indian parliament scrapped Jammu and Kashmir's seven-decades-old special quasi-autonomous status.