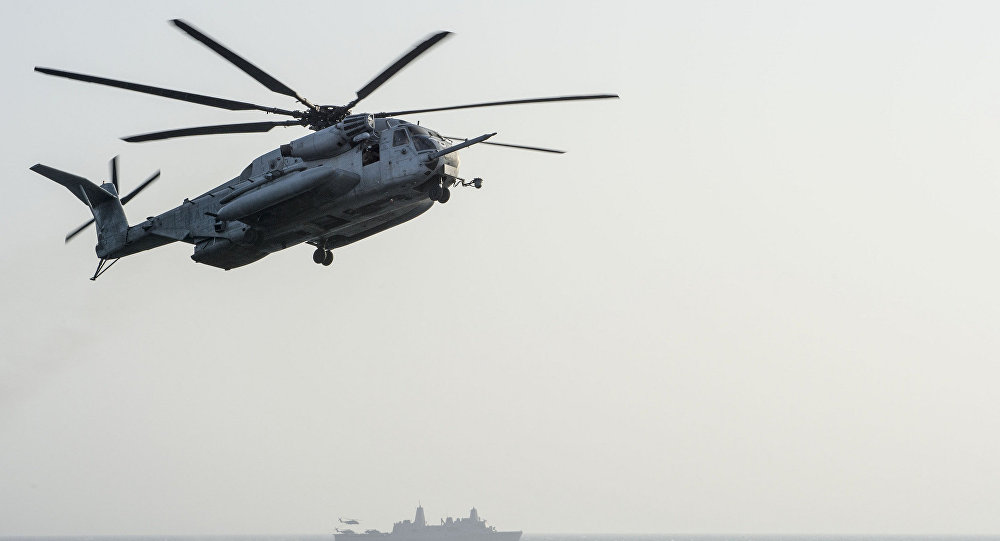 The Japanese Ministry of Defense has called on US military officials to examine and run maintenance on their fleet of CH-53E Super Stallion helicopters after a second chopper lost its window and endangered the public.

Though no one was hurt when the 2-pound window fell into the ocean on Tuesday, Japanese officials were angered and concerned for a number of reasons.

“We asked the US officials to conduct thorough inspections and maintenance on the aircraft and take all the necessary measures not to let this happen again,” an Okinawa Defense Bureau spokesman told Stars and Stripes on Friday. “We are very disappointed.”

In addition to the issue of public safety from the Tuesday mishap, another official spoke to Japan Times and revealed that the US Marine Corps failed to notify the Okinawan prefectural government of the incident until Thursday.

“We cannot help but feel angry over whether maintenance work is properly conducted, and over the fact that the report came two days after the incident occurred,” a senior prefectural government official stated.

Furthermore, this is not the first such incident involving an Okinawa-based Super Stallion. Back in 2017, another chopper lost its window due to a reported “human error,” according to the Marine Corps. That time, however, the window plummeted onto the Futenma Daini Elementary School sports field and injured one child.

“We remain committed to the airworthiness of our aircraft and to the safety of our surrounding communities,” 1st Marine Aircraft Wing spokeswoman Captain Brianna French said in a written statement to Stars and Stripes.

She also claimed that the most recent mishap is under investigation by Marine officials, as the rubberized seals on chopper windows should remain intact except for in times of emergency.

Both US and Japanese officials have clarified that there were no injuries or property damage resulting from Tuesday’s incident.