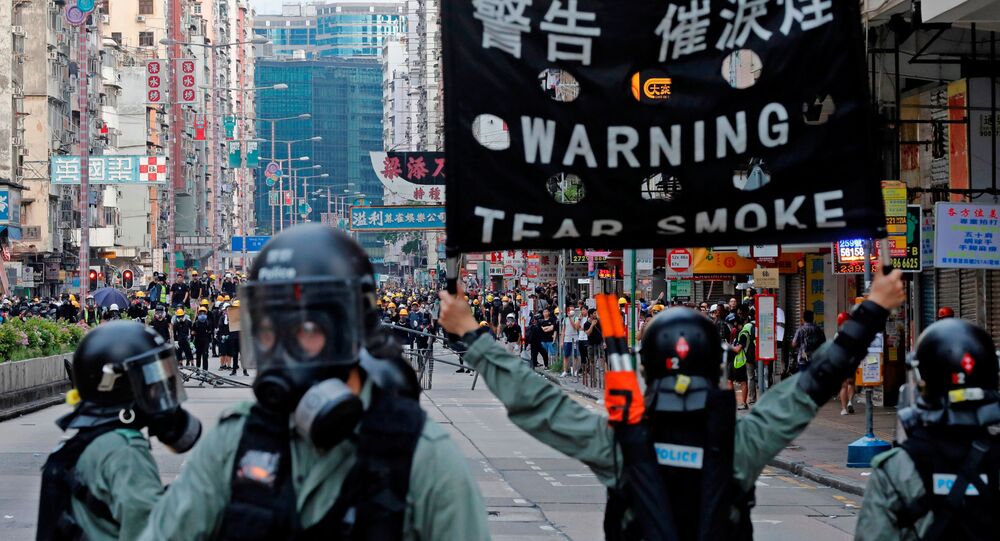 As anti-extradition bill protests continue and police clashes escalate in Hong Kong, Taiwan has proved itself to be a useful supplier of gas mask filters for demonstrators and everyday Hong Kongers.

The Hong Kong Police Force has ramped up crowd containment efforts in recent weeks, and as police-protester clashes become more common, demonstrators have become incensed and more sophisticated in fighting back.

Protesters have begun forming so-called “units” to exchange ideas and divvy up responsibilities during demonstrations.

One particular must-have identified by demonstrators has been gas mask filters. Though there are a number of filters on the market, protesters have found that masks and respirator filters manufactured by 3M are the most effective against tear gas.

It’s not just anti-extradition demonstrators that are stockpiling the filters. Hong Kong-based outlet Asia Times reported that everyday residents of the semi-autonomous city are also taking necessary precautions to protect themselves and their children from tear gas, which was previously rarely used the city’s recent history.

Due to continued clashes, however, Hong Kong’s local supplies of both masks and filters are running at an all-time low, prompting residents to turn to Taiwan.

Whether in-person or by mail, through a Taiwanese intermediary, Taiwan has become a primary source for Hong Kongers in need, according to the Taipei Times. Speaking to an anonymous 3M employee, the outlet reported Tuesday that the demand for high-end filters has surged within the past month and prompted the dealership to move from wholesale to retail.

“It is heartbreaking to see images of the carnage in Hong Kong on the news,” the source told the Taipei Times. “The police are fighting the people they are supposed to protect ... I hope Hong Kongers will prevail.”

Demonstrators have also developed ways to neutralize tear gas canisters before the noxious smoke can spread. While dousing the can alone is effective, a number of anti-extradition protesters have begun immediately suffocating the canisters with traffic cones before pouring water down the middle to extinguish them.

A bit of water + traffic cones

"What's happening in Hong Kong allows the protesters to learn, and they're developing skills," Bangkok-based security analyst Tony Davis told Channel News Asia. "They're becoming in a sense, an organized army, which they certainly weren't in the first phase."

A day after China’s People’s Armed Police deployed their armored truck fleet to the Shenzhen region, sparking fears of mainland interference in the semi-autonomous city, Hong Kong Chief Executive Carrie Lam asserted that the city has become “unsafe and unstable” amid protests and said the violence is “pushing Hong Kong to where there is no way back.”