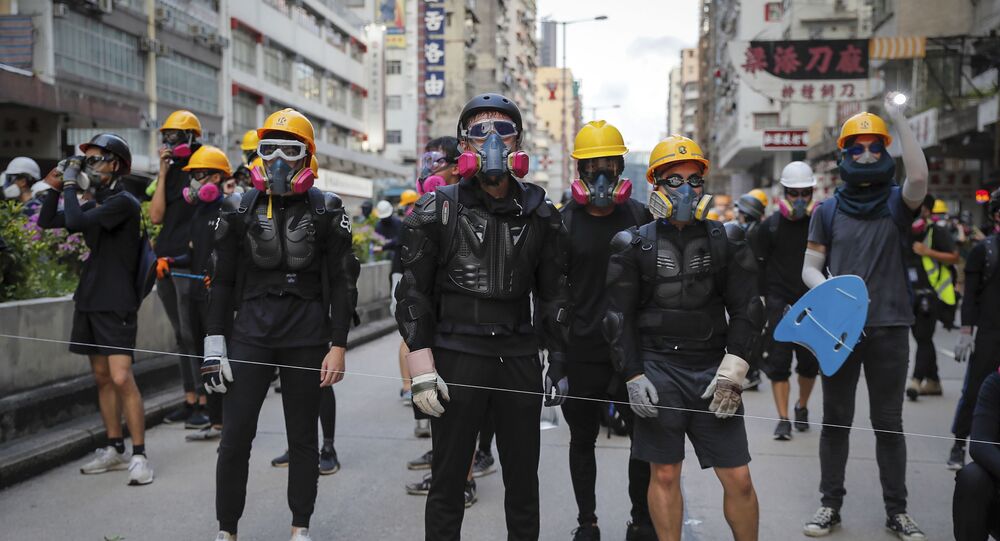 Sunday witnessed a new wave of protests in Hong Kong with clashes between activists and law enforcement officers having erupted in at least three districts of the city. Police resorted to tear gas to disperse the protesters.

Mass protests in Hong Kong started in June as a reaction to new amendments to extradition laws that, if passed, would allow people to be extradited from Hong Kong to mainland China. The Hong Kong government suspended the amendments, but the protesters remain intransigent and demand the complete abandonment of the initiative.