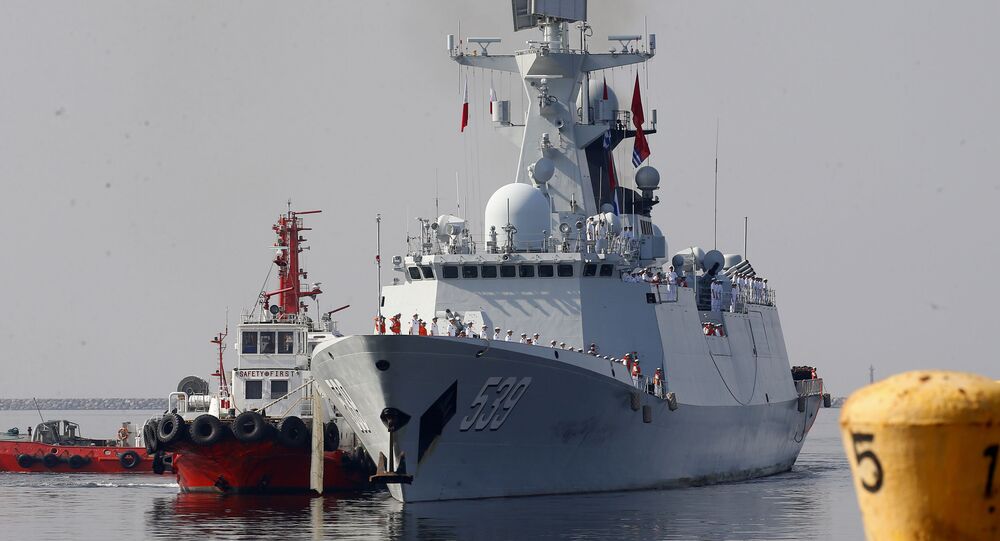 Map images have emerged online allegedly tracking the movement of Chinese oceanographic survey ships operating within Philippine waters. While Manila has already reacted to the reports, Beijing has yet to comment.

The Philippines will "fire off" a diplomatic protest over the reported presence of two Chinese research vessels and warships in its exclusive economic zone, Secretary of Foreign Affairs Teodoro Locsin Jr. said in a Friday tweet.

Okay, got it, General. @DFAPHL firing off diplomatic protest. https://t.co/xF7oT7mWhl

The comment was made in response to an interview with Filipino Defence Secretary Maj. Gen. Delfin Lorenzana to ABS-CBN News, in which he urged the government to ask China why its vessels are allegedly entering Philippine waters.

The military official claimed that four Chinese warships had sailed through Sibutu Strait in the country's southern tip since February without notifying the Philippines, with the latest episode purportedly taking place in July.

"What we need really is to allay the fears of the neighbours of China, to inform the other countries what their ships are doing there — not only the survey ship, but also their warships passing through our territorial waters. Nobody is prevented from doing their research", in the region, as long as the Philippine government is notified about it beforehand, Lorenzana added.

Chinese officials have yet to comment on the remarks from the Philippine side.

Earlier this week, Ryan Martinson, assistant professor in the China Maritime Studies Institute at the US Naval War College, claimed in a series of tweets that two Chinese survey ships had been spotted operating within the Philippines' exclusive economic zone.

Now we have the Chinese oceanographic survey ship "Zhanjian" operating just 80 nautical miles off the east coast of the Philippines. Is it operating there with Manila's permission? (file photo) pic.twitter.com/R1lwJrNp3V

Martinson later posted another tweet with the satellite tracking of a third vessel allegedly operating within Philippine waters:

The development comes weeks after Philippine President Rodrigo Duterte signalled his readiness to invoke the country's 1951 Mutual Defence Treaty (MDT) with the United States and urged Washington to "gather all their Seventh Fleet in front of China".

At the same time, the head of state accused the United States of "pushing" and "egging" Manila on to take "the bait" in beefing up tensions with Beijing over the South China Sea, and warned that "we can never win a war with China".

Earlier this year, Duterte encouraged Chinese authorities to actively engage in the development of a code of conduct for operations in the disputed waters of the South China Sea, warning that "the longer it takes" the greater the risk that the region would become a "flashpoint of troubles".

China is currently in control of the vast majority of islands, reefs and shoals in the South China Sea, which are also claimed by a number of other nations in the region, including the Philippines, Taiwan, Vietnam, Cambodia, Malaysia, Indonesia, and Brunei.

In 2016, a Hague-based arbitration tribunal ruled that there was no legal basis for China to claim historic rights over areas falling within the so-called "nine-dash line" – a vaguely located demarcation line used by Beijing to lay its claims to the biggest part of the contested waters.

The Chinese side has, however, refused to recognise the verdict and insisted that the matter be resolved through negotiations, involving other claimants.