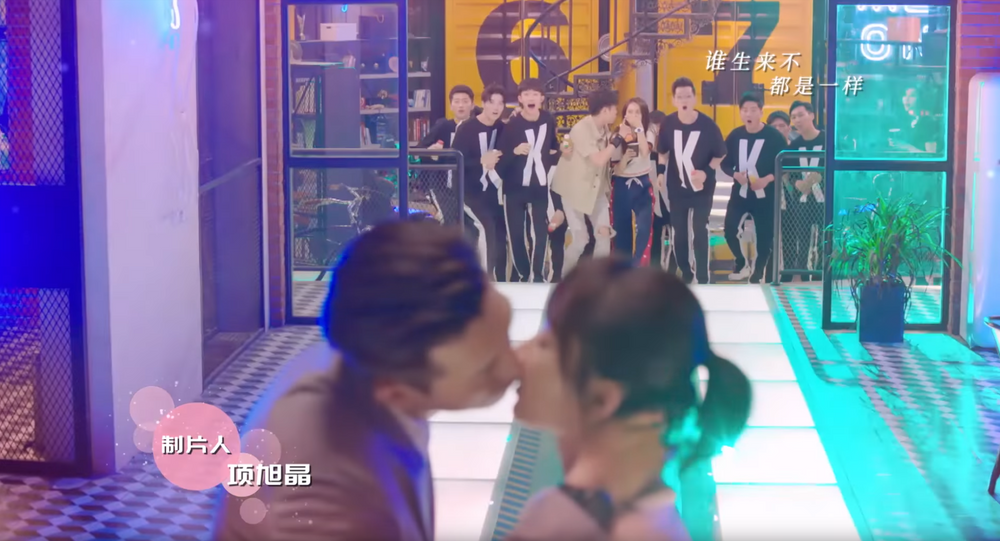 The hit Chinese drama “Go Go Squid!” is now under federal investigation after a Wednesday broadcast of the show featured 19 seconds of a map that did not show Taiwan or the Hainan Island as part of China.

On Thursday, China's Ministry of Natural Resources announced authorities would be investigating tips of a “problematic,” Taiwan-free map that aired as part of July 31 premiere of the 39th episode of “Go Go Squid!”

YouTube/一刻娱乐新闻
Screenshot of map from "Go Go Squid!" (Episode 39) which does not highlight Taiwan and the Hainan Island as parts of China.

It’s believed the scene directly violated article 12 of the Cybersecurity Law of the People’s Republic of China, which prohibits the promotion of separatism. The law also orders organizations not incite the subversion of national sovereignty.

South China Morning Post (SCMP) reports that streaming platforms iQiyi and Tencent have edited the scene in question and replaced the map with one that acknowledges Taiwan and Hainan Island as belonging to China.

Despite steps being taken to change the map, some unhappy viewers have taken to social media to call for the television drama’s complete cancelation.

“I hope the authorities will just ban this drama entirely,” one Weibo comment using a “Go Go Squid!” hashtag read, reported SCMP. “The pro-Taiwan independence director has tried so hard to promote its separation from China.”

The “pro-Taiwan independence director” referenced is Qu Youning, who is involved in the series as a producer and who earlier this summer came under fire for allegedly liking social media posts which defined the Chinese mainland and Taiwan as two separate sovereignties.

However, when Qu spoke with Global Times, he did not appear to endorse Taiwan’s complete independence from China.

“My attitude on cross-strait relations is [that I support] the principle of one China, and I hope the two sides can communicate with love,” Qu told Global Times. He also noted that he was “sad” about the lack of communication between the countries.

Qu went on to assert that the map was an honest mistake, that he didn’t know about it until the episode aired and that he would not be so “narrow-minded” as to approve the airing of such a thing.

Nevertheless, his name has since been removed from the series’ production credits.

Beijing-Taipei talks have been placed on the backburner since the 2016 election of Tsai Ing-wen as Taiwan’s president. More recently, tensions between the two governments flared on July 31 after Beijing announced it would suspend individual travel permits to Taiwan amid “current cross-strait relations.”