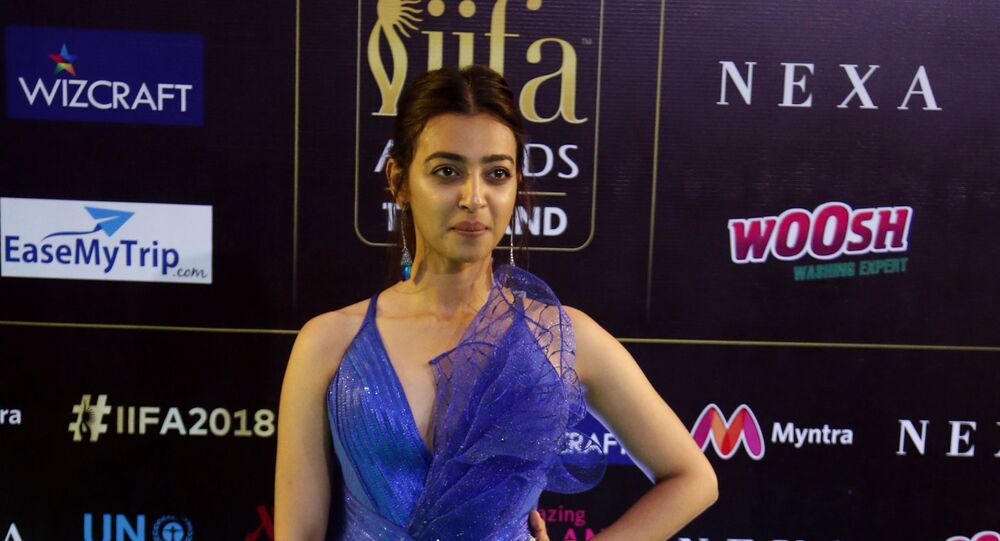 New Delhi (Sputnik): Bollywood actress Radhika Apte appears to have stirred a hornet’s nest by recently suggesting monogamy or, the system of being married to just one person at a time, or of having only one sexual partner, should be an individual’s matter of choice and not compulsion.

Radhika Apte, who became the talk of the town with her awe-inspiring performance in one of the most-watched Indian web series “Sacred Games”, recently spoke against the existing system of monogamy in Indian society, while appearing on a tv show.

The actress, who married her long-time boyfriend British musician Benedict Taylor in 2012, said: “Monogamy or being with one person has to be a choice made every day. It can’t be a compulsion. I need to make that choice every day, wake up and say this is the person I want to be with.”

Radhika also said that she loves multiple people at the same time, on various levels and in multiple ways.

“I love too many people at a time, also on various levels and in various ways. If I can love dancing and acting, why can't I love you and you in different ways? So, I don't punish myself or tell myself 'Oh my God, what happened," the actress said.

Her comments, however, have perhaps not been received as intended by all segments of society and some netizens criticized the actress for her views.

While some users reasoned with her citing “societal norms” and spoke of giving kids a positive environment to through monogamy, others questioned if the “feminist” in her would be as supportive if a man wanted to have multiple wives or partners.
​

​Amid online criticism, the actress also received support from those who believe that loving multiple men is “her choice” and should be respected by all.

​The Hindu Marriage Law of 1956 has made monogamy mandatory in India for people belonging to the majority Hindu religion. Although for Muslims, polygamy or multiple marriages are currently permitted under The Muslim Personal Law (Shariat) Application Act, 1937. The apex court of the country has long pondered ending the practice.