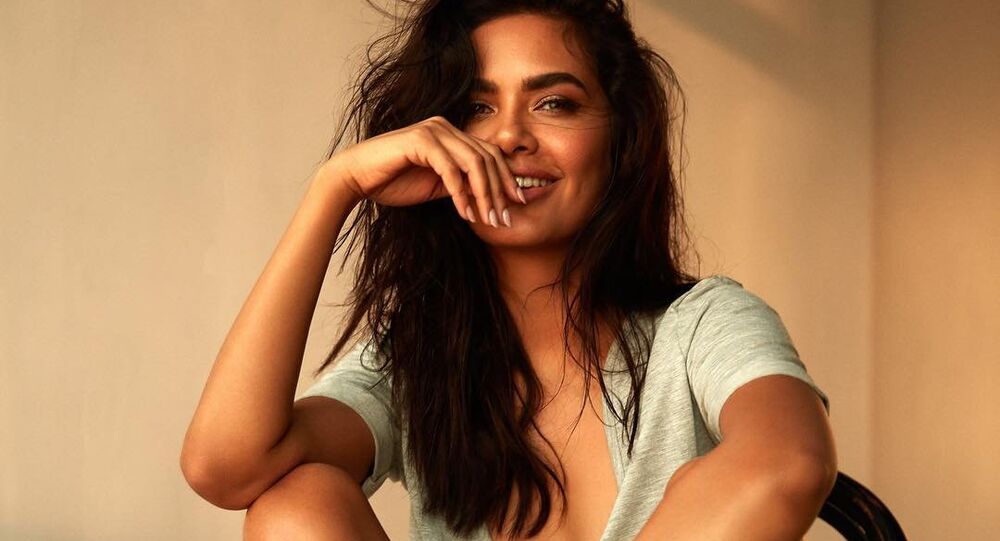 New Delhi (Sputnik): Indian actress Esha Gupta has faced severe backlash on social media for her recent outburst against a Delhi-based hotelier, accusing him of indecent behaviour and “raping her with his eyes”.

Esha, who had reportedly gone out with her friends for a meal, recently posted an Instagram story along with a series of tweets where she expressed her ordeal and talked about how the man made her feel immensely uncomfortable.

If a woman like me can feel violated and unsafe in the county, then idk what girls around feel. Even with two securities around I felt getting raped.. #RohitVig you’re a swine.. he deserves to rot

Men like Rohit vig, are the reason women don’t feel safe any where. You around me with your eyes and stares was enough

However, some netizens were rather amused by her claims, with many taking digs at the actress and accusing her of making a hyperbole out of nothing.

Some were flummoxed to think how the actress could accuse someone of rape when the person didn’t even touch her. Some even accused Esha of trying to drawn newsmen’s attention as she might have a movie project coming up.

U had 2 securities around and still u had no courage to confront him. U should have told him at least once to stop staring at me. Did u do that ? No Now ,Stop crying on Twitter and never ever try to teach anyone to be bold. So called Roll Model celeb.😏

Daily I can srap out 5 to 10 women staring at me.
Use some words like
1. Violated
2. I cant believe what girls go through
3. Uncomfortable
And the dumb crowd of this country favor women blindly#AreMenSwine

If Living in ShowBiz World as a PublicFigure YouCan feel Such that You lost...... In a Restaurant/PublucPlace for Being in Focal Length one pair of Eyes n When Appear in So many way on SilverScreens HowMany Thousand Pairs of Eyes On You, SoAppear in a Burkha.

No , we are not above the law and will never be but we the people all know about Bollywood's gang law and one interesting fact m telling U is, Now women are 'The Man' and protecting us and being Fire fighters & U BW gang creating controversy on twitter for just movie,

Some users chose to mock the Bollywood heartthrob, known for her roles films like “Jannat 2”, “Rustom”, and “Baadshaho”.

One twitter user questioned how she figured out that the guy was staring at her without herself stealing a glance at him.

In fact YOU were also staring at him constantly. If not, then how it is possible for you to know that he was staring at you?

However, amid the severe trolling, Esha also received support from some users who sympathised with her, saying that all accusations of harassment should be looked into properly.

OK as u say call... Cool..suppose @eshagupta2811 calls too what would she say?? A man is staring at her arrest him U think the cops would do anything..??@eshagupta2811 eshu proud of u babu to come out n give it back to those who think its their birth right to glare at women

Esha, though, was not to be bogged down by the trolls and shot back at them, saying she wasn’t looking for attention, being a celebrity, but was rather standing up for the harassment that common girls in society face on a day-to-day basis.

It’s not about being a celeb. What a normal girl has to go through? How can a man be above the law. I was having dinner. He came much later n took the table opp us. Why is it ok for men to think it is okay