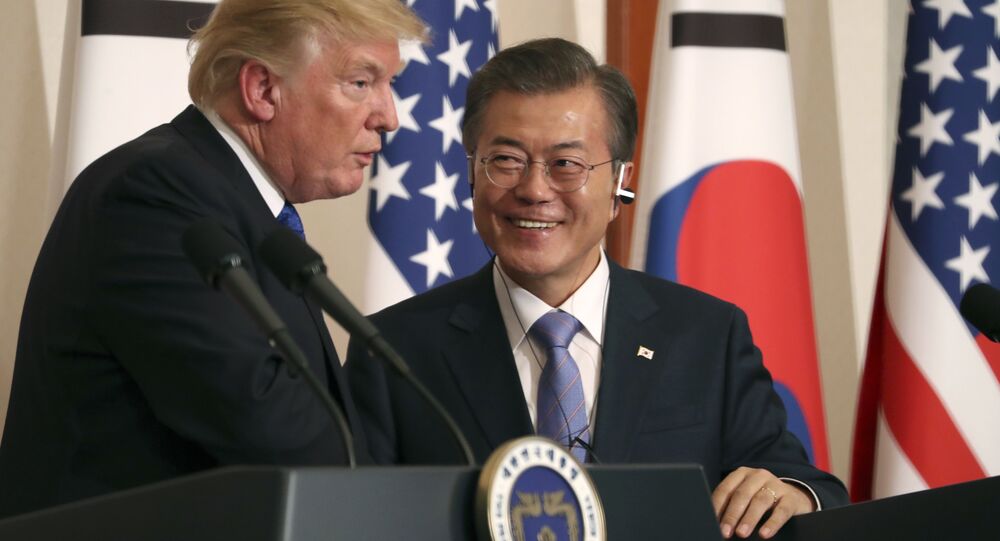 US President Donald Trump will visit South Korea this weekend to discuss the denuclearization of the Korean Peninsula, just a few days after North Korean leader Kim Jong Un confirmed that he had received a personal letter from Trump, describing the missive’s content as “excellent.”

During his visit in South Korea, Trump is slated to meet South Korean President Moon Jae In on Sunday, following the G-20 summit in Osaka, Japan, Moon’s spokesperson, Ko Min Jung, confirmed. During the summit, Trump will meet with Chinese President Xi Jinping to discuss ways to resolve the Washington-Beijing trade war.

"US President Donald Trump plans to make a state visit to South Korea for two days from Saturday,” Ko said, the Korea Times reported Monday. “President Moon proposed Trump's visit during an April summit in Washington, DC. The agenda will be about denuclearization and bringing a lasting peace to the peninsula through collaborative efforts between the two countries.”

Trump and Moon plan to have “in-depth discussions on ways to work together to foster lasting peace,” Ko added.

While there is speculation that Trump may deliver a speech in the village of Panmunjom, just north of the de facto border between North and South Korea, Ko announced that it is not possible to “confirm the possible whereabouts of the US president during his visit,” also refusing to confirm reports that Trump plans to meet Moon and Kim at the border village, which would be the first time in history that both the US and South Korean presidents have jointly visited the demilitarized zone.

The announcement of the Moon-Trump meeting comes shortly after US Secretary of State Mike Pompeo said that the US was ready to continue talks with Pyongyang.

“I’m hopeful that this will provide a good foundation for us to begin … these important discussions with the North Koreans,” Pompeo told reporters Sunday.

The North Korean leader vowed to think “seriously” about a personal letter from Trump just a few days ago. Earlier in June, Trump said he had received a "very warm" letter from Kim, implying that a third summit between the US and the Democratic People's Republic of Korea could take place in the near future.

The US president has previously said that he believes North Korea has "tremendous potential" under Kim's leadership.