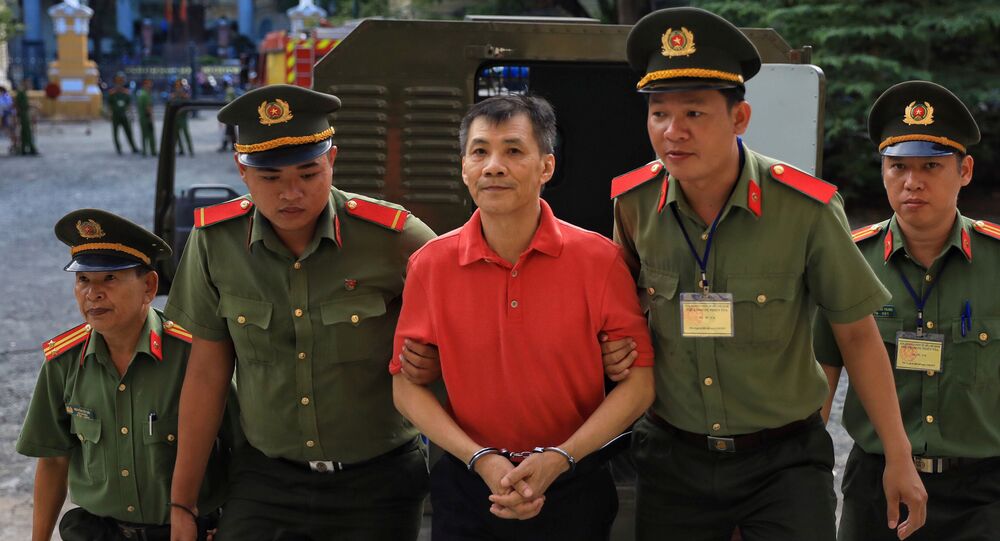 A Vietnamese-American man was arrested in Vietnam in July 2018 on suspicion of inciting people to join nationwide protests against a draft law on special economic zones just a month after another US citizen was detained for taking part in the same demonstrations.

A Vietnamese court has sentenced US citizen Michael Phuong Minh Nguyen to 12 years in prison after he was found guilty of “attempting to overthrow the state”, his lawyer Nguyen Van Mieng told Reuters.

“It’s such a long sentence. Michael admitted guilt at the trial and asked the jury to reduce his sentence so that he could soon reunite with his family,” Mieng was cited as saying.

He will be deported after serving his jail term.

According to the Vietnamese newspaper Tuoi Tre, Nguyen was accused of attempting to attack government offices in Ho Chi Minh City and Hanoi with Molotov cocktails and a slingshot.

He was also accused of instigating people to join nationwide protests against the government's plan to allow 99-year concessions in envisaged special economic zones in Vietnam, which some viewed as deals favourable to foreign and specifically Chinese investors in June 2018.

“We are disappointed by today’s verdict. We will continue to raise our concerns regarding Mr. Nguyen’s case, and his welfare, at all appropriate levels,” a spokeswoman for the US Embassy in Hanoi said in a statement to Reuters.

Born in Vietnam and raised in the United States since childhood, Nguyen was detained in Vietnam in July 2018.

Nguyen’s arrest followed that of another US citizen, Will Nguyen, who was also apprehended for taking part in demonstrations in Ho Chi Minh City in June 2018.

He was found guilty of “causing public disorder” and deported. Local media reported at the time that the jury “acknowledged that the defendant admitted his illegal activities. Considering his sincerity, the court did not hand him a prison sentence”.