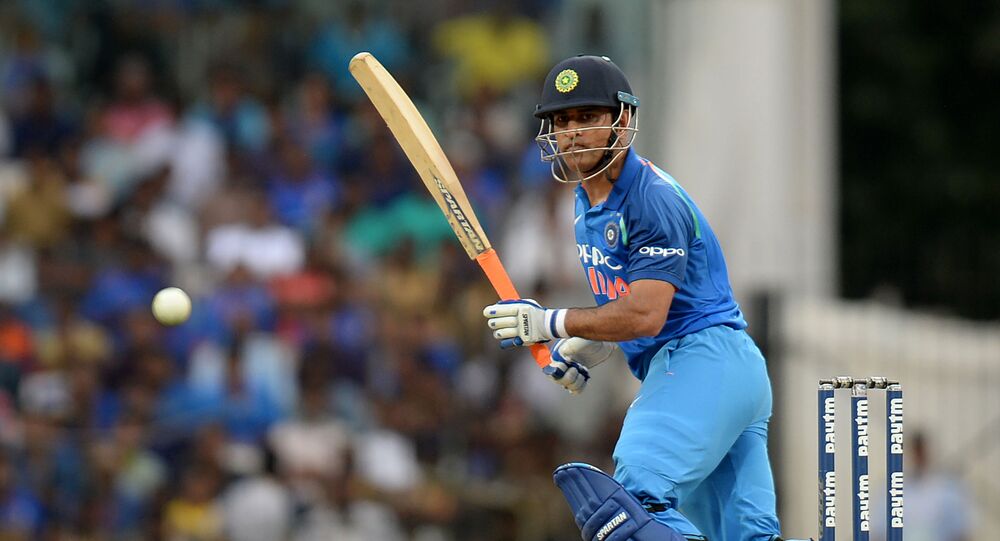 New Delhi (Sputnik): India registered their third victory in the Cricket World Cup defeating arch rivals Pakistan in Sunday’s encounter. The build up to the match was intense from both sides courtesy the prevailing tensions amongst the two South Asian nations.

Former Pakistan Cricketer-turned- Prime Minister Imran Khan's advice to the country's skipper ahead of the Pakistan versus India match in the ongoing cricket world cup has evoked a wave of social media responses.

4/5 1. In order ro have a winning offensive strategy Sarfaraz must go in with specialist batsmen and bowlers because "Raillu Kattas" rarely performs under pressure — especially the intense kind that will be generated today. 2. Unless the pitch is damp, Sarfaraz must win the toss & bat

5/5 3. Finally, even though India may be the favourite, banish all fear of losing. Just give your best and fight till the last ball. Then accept whatever the result like true sportsmen. The nation's prayers are with all of you. Good Luck.

With Pakistan Skipper Sarfaraz Ahmed not abiding by the prime minister' advice to bat first, the team opted to bowl and suffered an 89-run defeat on Sunday under the Duckworth-Lewis-Stern method in the rain-hit match.

Pakistani supporters were visibly upset after their team's dismissal performance.

With the Pakistan team batting second, they failed to chase a competitive target of 337 runs set by India, a section of the twitterati also took a dig at Pakistan's Prime Minister Khan who had posted a series of motivational messages and advice wishing his team good luck in the game.

India is always right. Nobody listens to #ImranKhan in Pakistan. Neither the army nor the cricket captain #SarfarazAhmed. #INDvsPAK https://t.co/KVTd2xXAr0

This is solid proof that no one cares about what #ImranKhan says. Not even in #Cricket
All #Pakistan believes that their #PM is a puppet of #PakistanArmy
On top of such disgusting performance in every field, they want #Kashmir
😁😁😁

Other fans trolled him over his foreign policies with one user suggesting that he should put forward another peace treaty request to India following Pakistan's defeat in the match.

This is a solid proof that no one cares about what #ImranKhan says. Not even in #Cricket
All #Pakistan believes that their #PM is a puppet of #PakistanArmy
On top of such disgusting performance in every field, they want #Kashmir
😁😁😁

I think the way things are going for #pakistan #cricket, #imrankhan should start asking sweeter than honey #XiJinping bhai for help in cricket too. China-pakistan cricket corridor on cards? @nailainayat

.@TarekFatah please see last 5 tweets of @ImranKhanPTI and @narendramodi to understand the priority of a prime minister. Narendra Modi is working hard on making India a 5 trillion economy by 2024, where Imran Khan is advising his cricket team on how to win the match against India.

#ik said once he took oath that ist of all Pak cricket will be corrected, but its more thn 8 months,didn't see any change in Pak cricket.
When your team had smoked sheesha b4 critical match,thn wt u can expect from them? #PM shld take action now#cwc19 #ImranKhan @PTIofficial

However, amidst the trolling, there were also many who backed Khan for his tweets calling him a cricket legend and sharing the opinion that Pakistan's team would have won the match had the captain paid heed to Khan's advise.

Under the captainship of Imran Khan Pakistan had won the 1992 Cricket World Cup.

He has a vision and he has a mind to see the future moment.
Lord of the cricket @ImranKhanPTI @TheRealPCB @cricketworldcup #CWC19 #IndiaVsPakistan #INDvPAK #TeamGreen #TeamPakistan #ImranKhan pic.twitter.com/EVY4gpPHRG

Beautifully said. It applies to all sports…

How many times will @ImranKhanPTI have to be proven right about things?

Now today it seems it was about Cricket.#PakistanCricketTeam

Excellent perfomance by #Teamindia Congratulations
We feel sorry the match was one sided from the beginning
To tell u the truth Mazaa nahin aaya
Today we really miss#ImranKhan#JavedMiandad
and Wasim pic.twitter.com/HjhhClbyHd

The build up to the match was intense due to the prevailing tensions between India and Pakistan of late. Since 2016, India has refused any initiative for bilateral talks, contending that cross-border terror has to stop before talks can begin.

The two nuclear-armed nations reached a near war-like status when Pakistan reportedly retaliated on the following day and brought down an Indian fighter jet.

With the win, India has managed to maintain its undefeated streak in the tournament registering a third win as Pakistan conceded their third defeat, winning a single match in the championship.