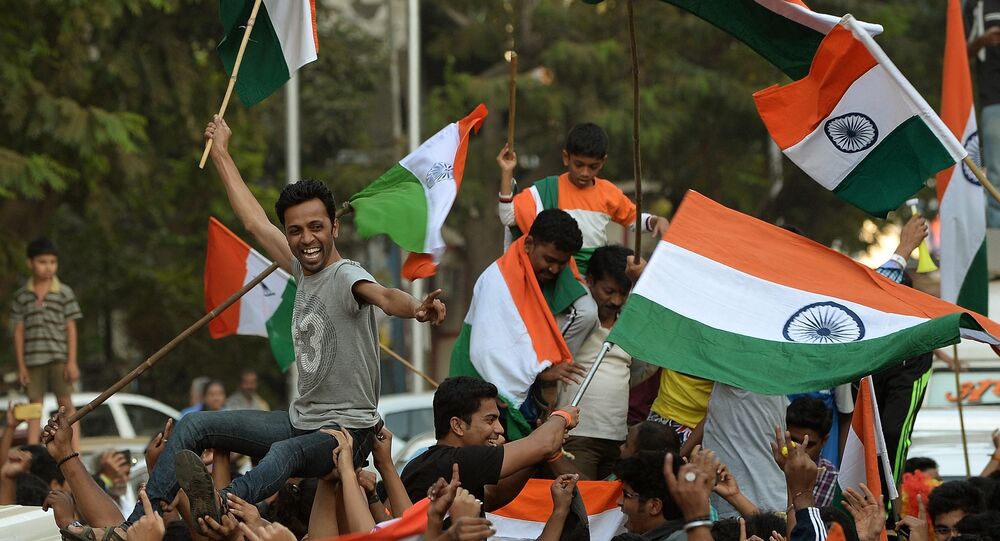 The ad elicited a mixed response online, with some social media users appearing incensed over the use of the Indian combat pilot’s image in the video, while others argued that similarly mocking ads were made by the other side as well.

As the date of the ICC Cricket World Cup showdown between India and Pakistan draws near, a new ad by Pakistani mobile provider Jazz employed the image of Adhinandan Varthaman, the Indian fighter pilot who was downed during the 27 February aerial engagement over Kashmir, to deliver a jab against their Indian rivals.

The video, which parodies the footage of Varthaman’s interrogation where he politely refuses to answer his captor’s questions, ends with the interrogator telling the pilot’s lookalike to return the teacup he was drinking from, with hashtag #LetsBringTheCupHome then flashing across the screen.

​Many social media users appeared, perhaps predictably, less than thrilled by the ad and its use of Varthaman’s image, as the pilot has been hailed as hero in India upon his return.

This was the least expected from them. They are just trying to convince themselves and thier people that they hope to win against India be a cricket match or LOC #WorldCUp2019

This is Pakistan. Shameless as always.

​Some, however, argued that it was merely “banter” and that Indian companies also made ads mocking Pakistan.

So it's fine when we use the #MaukaMauka chant and agitate them? Of course they are going to respond. This is called banter. Why not accept it and move on? Stop being childish and making these things news-points ffs

Did you actually see the commercial by star sports? That is mocking a whole country. And this man will be mocked for generations as we have earned to do so.

The incident involving the IAF and the Pakistan Air Force (PAF) took place on 27 February, when the Indian Air Force conducted an airstrike on an alleged Jaish-e-Mohammed terrorist camp in Balakot. Pakistan said that it downed two IAF MiG-21 planes. According to the Indian government, the country lost only one plane and its forces succeeded in downing a PAF F-16.

After being shot down in that engagement, Varthaman managed to eject and was subsequently captured by Pakistani forces, to be safely returned back to India a few days later in what Islamabad described as a "peace gesture".