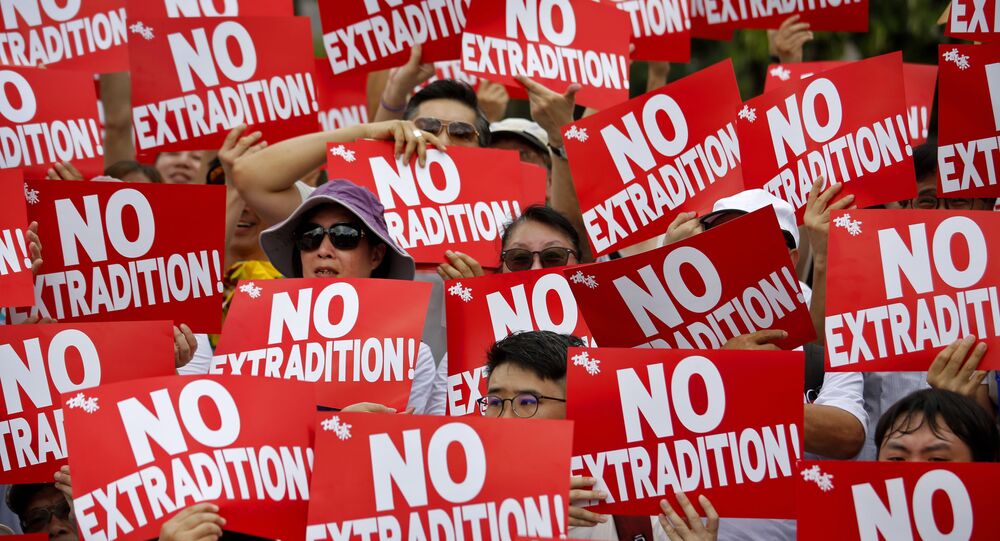 Hong Kong has seen a wave of public unrest in the past few days due to mass protests over a new amendment to the extradition bill. If approved, it will allow China to extradite fugitives from the city.

Beijing has criticised Washington's "irresponsible and erroneous comments" about a proposed amendment to Hong Kong's extradition law after the US voiced its concern over the matter, AFP news agency reports.

"We demand that the US... be cautious and stop interfering in Hong Kong affairs and China's internal affairs in any form."

Beijing also reiterated its intention to fully support Hong Kong's government in its effort to amend the extradition law.

On Monday the US warned that the proposed amendment could jeopardise the special status Washington gives to the region.

According to the South China Morning Post newspaper, more than 1 million people took part in Sunday's protests against the amendment, although the police say that the number of participants did not exceed 300,000.

Hong Kong's Chief Executive Carrie Lam said on Monday that she won't withdraw the extradition amendment, calling it "an important piece of legislation that will help to uphold justice." The proposed bill will allow extraditions to any jurisdiction with which it does not have a treaty yet, including mainland China. The city's government says it is needed to prevent Hong Kong from becoming a safe haven for fugitives.

Hong Kong is a special administrative region and its governing and economic systems are separate from mainland China.