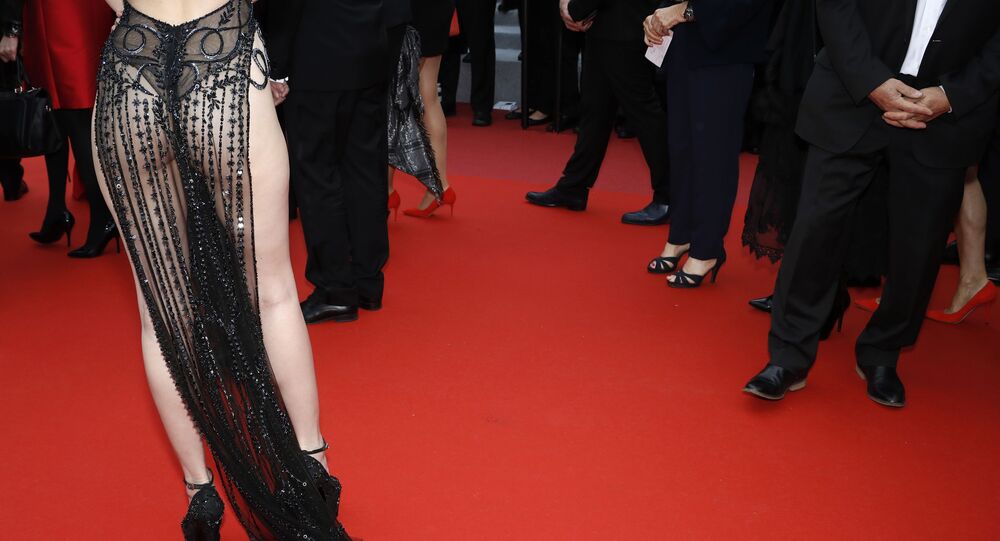 Too Hot for Hanoi: Vietnamese Model Might Be Fined for Revealing Cannes Outfit (PHOTOS, VIDEO)

A Vietnamese model’s attire at last month’s Cannes Film Festival may come with an extra price tag as her outfit choice was not only called out by Vietnamese officials, but is now also at the center of an alleged investigation.

Showing skin on the red carpet is nothing new, but model and fashion designer Ngoc Trinh’s sheer gown is coming under fire and may face a fine for violating Vietnam’s public decency laws, despite wearing the garment in France, over 9,000 kilometers from Vietnam.

"She is not an artist that the ministry sent to the event. Her outfit was improper, offensive and has caused public outrage," Minister of Culture, Sports and Tourism Nguyen Ngoc Thien asserted to legislators during the National Assembly session in Hanoi on June 5.

Ngoc, 29, was photographed on the red carpet for the screening of "A Hidden Life" wearing a form fitting, beaded sheer halter gown that (upon close inspection) revealed her nipples.

Thien’s high-waisted gown, which was complemented with a pair of black platform pumps, had a double thigh split that cheekily exposed her backside when the designer was turned around.

Trinh, who previously starred in the movie “Queen of the Bikini,” did not offer her critics much attention during interviews following her appearance.

"I've got a lot of praise for my outfit. I don't care if people criticise it, because I felt pretty in the dress, which made a good impression on the Cannes red carpet," Trinh told VNEexpress, adding that she “cannot satisfy the whole world.”

On social media, Trinh seems to remain unbothered by recent press about the ministry’s concerns as her profile page continues to feature photos and videos of her revealing outfits, including the one under scrutiny.

According to the Vietnamese outlet, “showbiz figures” in the country are generally those targeted and fined for wearing “skimpy clothes.”

DPRK’s Kim Thanks Presidents of China, Vietnam for Re-Election Congratulations