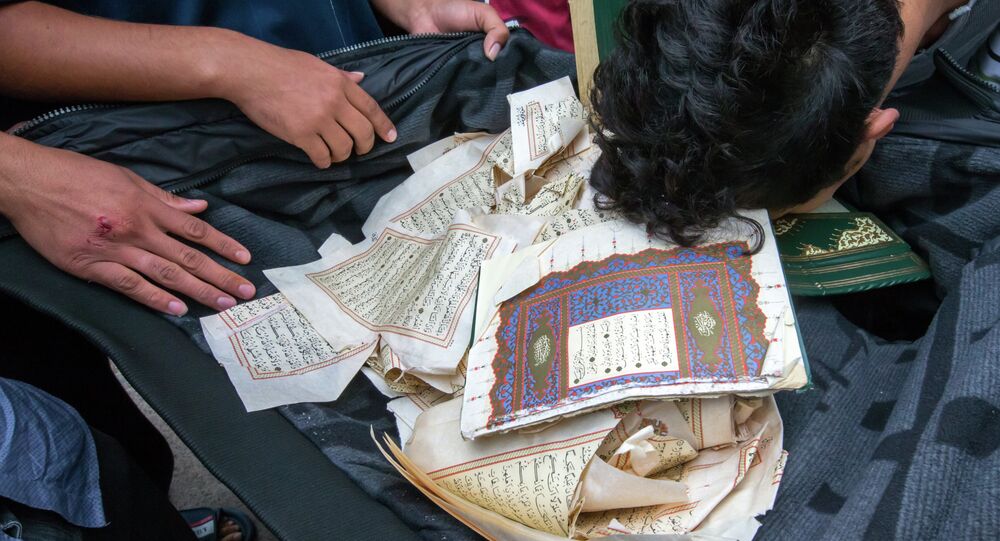 Hindus are the largest minority in Pakistan, where blasphemy laws are reportedly often applied without substantiation. Blasphemy against Islam and the Prophet Muhammad in particular is punishable by death in the country.

New Delhi (Sputnik): Social media has erupted as a Pakistani Hindu vet has been charged under the blasphemy laws in the country's Sindh Province.

Internet users have poured out their reactions against the arrest and ensuing incidents of arson and violence against shops and establishments owned by Hindus.

Ramesh Kumar, the vet, is accused of wrapping medicines in pages torn from the Quran.

A #Hindu doctor, Ramesh Kumar was accussed of #blasphemy by a mullah for allegedly burning Holy Quran in Phuldiyoon, Sindh
This led to a mob attack where they set fire to the shops owned by #Hindus while the doctor has been arrested by the police.#ZeroToleranceForExtremists pic.twitter.com/unEeggTFaZ

The condemnation on social media was strong.

Highly condemnable, must be thoroughly investigated. This seems to be tip of iceberg. In case the precautionary and punitive measures aren't taken, the repurcussions may become too difficult to control #Sindh

Horrible horrible just horrible…condemn this mindless violence. How can you attack My Hindu doctor brother in humanity. PAK PM must stop this compensate and arrest the perpetrators immediately. Stop this madness PLEASE STOP

One user claimed Pakistan, which was once a nation for all, has degenerated into ‘Blasphemiatan'.

Pakistan a country once made for all, distorted into #Blasphemiatan.
All thanks to Zia the terrible https://t.co/bqMmEEmbrKhttps://t.co/nkFq2c5sM0

Some wrote blasphemy laws has been allegedly used to target minorities in Pakistan.

unfortunate; Blasphemy being used on perpetual basis to target minorities. What are we doing to curb religious intolerance in our society??@ShireenMazari1

This mulla must be immediately arrested, Sindh government must not allow this ugly crime of false accusations of blasphemy as it is happening in Punjab.

Blasphemy law is so misused in Pakistan.
Beyond pathetic.
Moronic to an extent of no return.

According to reports, almost 1,500 have been charged with blasphemy in Pakistan between 1987 and 2016, with punishment for such actions currently ranging from three months in jail and a fine up to a life sentence.