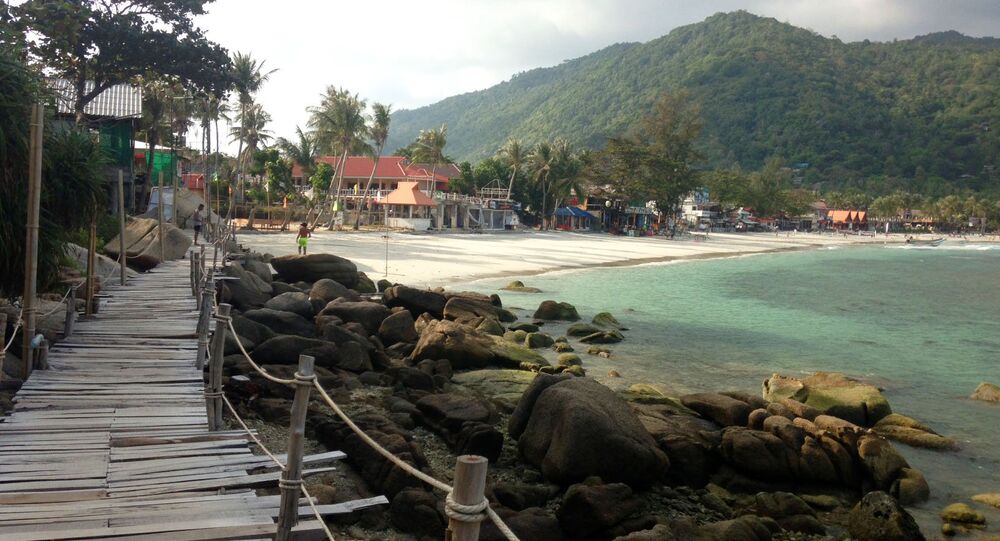 The young woman turned to local police straight after the incident, stating that she had been “deceived” by a local who initially offered to help her find a wallet she lost during a beach party on Koh Phangan.

A 26-year-old Norwegian holiday-maker was raped on Thailand’s notorious Full Moon Party island as she left her hostel to look for a missing purse in the early morning hours on Sunday, according to a police statement.

Before the incident, the woman had attended a beach party on Koh Phangan, after which she returned to her lodging by 11 pm only to find that she had lost her wallet along the way. CCTV footage shows a Thai man stopping his scooter and offering his help as the woman, clad in loose flowing clothes and accompanied by a purported friend, was making her way along the road. She is then seen climbing onto the back of the vehicle and riding away with the local.

The culmination occurred off CCTV, as the driver refused to stop, with the woman then jumping off, having been allegedly punched in the ribs before being raped in an alleyway behind a local Big C supermarket. The victim immediately complained to police, who found one of her sandals at the scene, stating that she was too drunk to recall the perpetrator’s nationality.

The suspect and his Honda Fino scooter, registered to a motorcycle repair shop, were traced through CCTV recordings, with Rewat Hansuwan, a 33-year-old former convict who had only been released from prison for drugs offences a few hours earlier on Saturday afternoon, reportedly confessing to the crime.

The police brought up the plaintiff’s comment that she had been “deceived by the Thai man while she was looking for her purse”.

The incident is the latest in a whole row of rapes that has occurred on Thailand’s notoriously dangerous islands. Last month, German backpacker Mirian Beelte was brutally violated and murdered on Koh Sichang by a local. That same month, a 21-year-old British woman was raped when she fell asleep on a Thai holiday island while marking the national New Year.