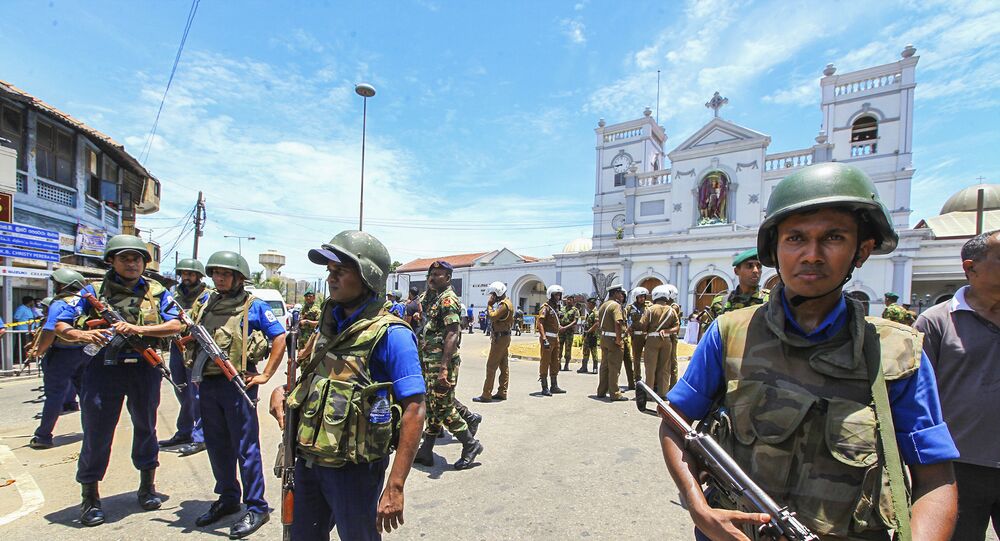 MOSCOW (Sputnik) - Sri Lankan President Maithripala Sirisena called on foreign states' representatives in Sri Lanka on Tuesday to lift travel restrictions that they had issued for their citizens after the Easter deadly blasts, stressing that national security had been ensured in the South Asian island country, local media reported.

The president briefed the diplomats, as well as representatives of international organizations in the country, on progress in Sri Lankan security services' counter-terrorist operations, the Ada Derana news portal specified.

Sirisena reportedly said that 95 percent of terrorists involved in the attacks had been detained or accounted for, while only two or three suspects had not been apprehended. He also voiced the belief that terrorism threat would soon be eliminated completely, given the support of foreign intelligence.

Sri Lankan police chief Chandana Wickramaratne said on Tuesday that all the suspected organizers of the blasts, which hit the country on 21 April and carried away over 250 lives, had been arrested or eliminated.

© CC0
Sri Lanka Reinstates Temporary Ban on Social Networks – Reports
He noted that security had been boosted, with schools and churches resuming operations, and curfews gradually lifted even in the most problematic regions of the island.

A series of explosions hit different venues nationwide, including churches and hotels, on 21 April. Three more explosions rocked the country's eastern city of Kalmunai on 26 April.

The Daesh* terrorist group has reportedly claimed responsibility for both attacks.