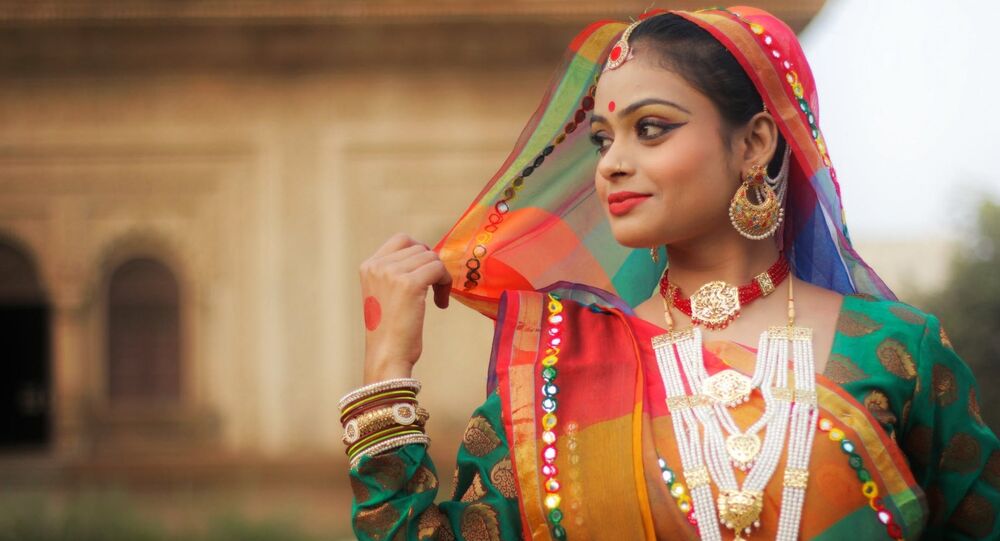 The girl was 14 when she was married off to an older man in 2015 by her grandparents. The marriage was allegedly performed under an arrangement with the girl’s grandparents that the man would transfer six acres of land to them.

New Delhi (Sputnik): An Indian court has declared an "otherwise voidable marriage" as valid after a woman, who complained to court for being forcefully married to a 52-year-old man as a teenager, finally consented to stay with him. The ruling came after the husband's plea to stop the charges.

In 2017, the bride had lodged a police complaint against her husband accusing him of rape, aggravated sexual assault, and violating the Child Marriage Act. She also accused her grandparents in the police complaint, Indian daily Times of India reported.

READ MORE: 'This is Not Cultural Issue, This is Issue of Abuse' — Forced Marriage Survivor

On turning 18, when she became an adult in September 2018, her husband along with her grandparents requested the Bombay High Court to quash the police report against them.

© AFP 2020 / Prakash SINGH
Bonds of Matrimony: Sex With Underage Wives Could Land Indian Men in Jail
They said that the girl, now an adult, had consented to cohabit as a wife with her husband. The girl also consented to the quashing of the police report saying that she had filed the complaint in a fit of anger.

It is required by Indian marriage laws that a bride be at least 18 years old for the marriage to be valid. Marriages with underage brides are voidable under the Prohibition of Child Marriage Act of 2006.

The Bombay High Court on 2 May directed her husband to transfer 11 acres of land to his wife and open a fixed deposit account in her name for an amount of Rs 750,000 ($10,800) to enable her to complete her studies.

READ MORE: 8 Arab Nationals Arrested in India for Marrying Children and Abusing Them

The Court held that "securing her future is of prime importance" because "no one in society would accept her as a wife" as she had already been through a marriage ceremony as a bride.

It decreed that under "the peculiar facts and circumstances of the present case" the marriage which otherwise would have been voidable is now valid. It however warned that "the same shall not be treated as precedent".