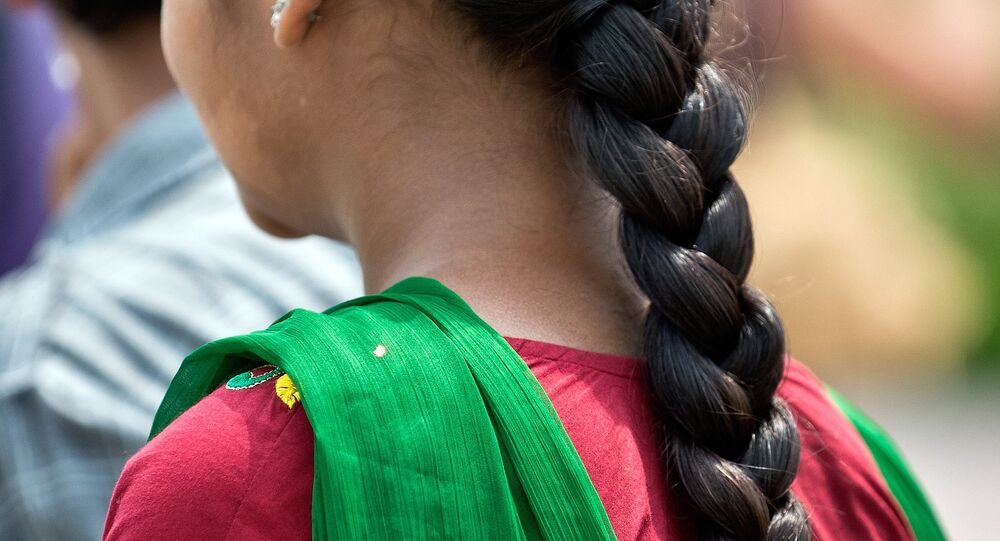 Indian Police have busted a racket that involves older Arab nationals marrying minor Indian Muslim girls and taking them to their countries where they are sexually abused by the husband and his accomplices.

NEW DELHI (Sputnik) — Police in the southern Indian city of Hyderabad have arrested five Omani and three Qatari nationals who had arrived in the city to select minor Indian girls as their brides.

The police have also arrested three Qazis (Muslim priests), including a chief Qazi of Mumbai who allegedly prepared fake certificates for such marriages. The legal age of marriage for Indian girls is 18 years.

Another 35 people have been identified as middlemen who facilitated meetings between Arab Sheikhs and poor Indian families who were ready to get their daughters married off to older foreigners in exchange for a sum of money.

"We raided two locations in the city and have arrested 20 people. The raids were conducted based on a tip-off from a girl, who was a victim in the case. Three Qazis, one of them is from Mumbai, are among arrested…Such girls were sexually assaulted by even by the Qazis and other persons involved in the racket. We have prevented the exploitation of at least 12 girls," Mahendar Reddy, Hyderabad police commissioner told media.

Hyderabad police say they were in the know about the alleged child bride racket but were unable to take stern action due to a lack of cooperation from victims' families and witnesses who were willing to testify.

However, they found a major lead to an international human trafficking network after it was directed by the External Affairs Ministry to look into a complaint it had received from parents of a minor girl who was married to an Omani Sheikh. The parents had asked the Ministry to rescue the girl who was allegedly thrown into the flesh trade by her husband after taking her to Oman. The Indian government is trying to establish a diplomatic channel through which the girl could be brought back to India. India is also seeking the Oman government's permission to arrest the accused husband and persecute him under Indian laws.