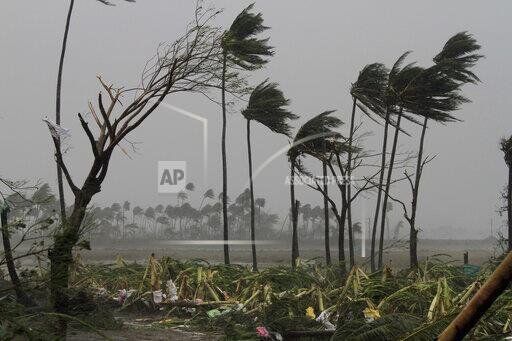 NEW DELHI (Sputnik) - Powerful cyclone Fani, which made landfall in the eastern Indian state of Odisha on Friday and then entered neighbouring Bangladesh, claimed almost 30 lives in India and Bangladesh, local media reported on Saturday.

The India Today news magazine reported, citing local officials, that at least 12 people had been killed in Odisha, adding that restoration and relief work was underway across 10,000 settlements and urban areas.

#cyclonefani
The most powerful cyclone fani reported is carrying full power of wind and rainfall so all residents are expected to take care of them and their families and residents. 🙏🌩🌧 pic.twitter.com/Ph5net6Jit

​Meanwhile, the Dhaka Tribune newspaper said that at least 14 people had been killed across eight Bangladeshi districts, while Fani had also destroyed hundreds of houses and trees.

Over 1 million people across Odisha were evacuated and relocated to camps for temporary staying because of the devastating cyclone. Over 220 trains were canceled, and several airports located in major cities across the area will remain closed until the end of the week. Numerous educational and state institutions were closed, as well as several sea ports.

© CC0 / Pixabay
Commemorating the Chaos: Indian Newborn Named After Cyclone 'Fani'
​After passing through Odisha, Fani started moving northward along the eastern coast of Hindustan and entered Bangladesh. Around 1.2 million people were evacuated to around 4,000 shelters there.

Experts have qualified Fani as one of the most powerful cyclones that India saw over the past 20 years. It has currently calmed down and has been downgraded to "very powerful" from "extremely powerful."