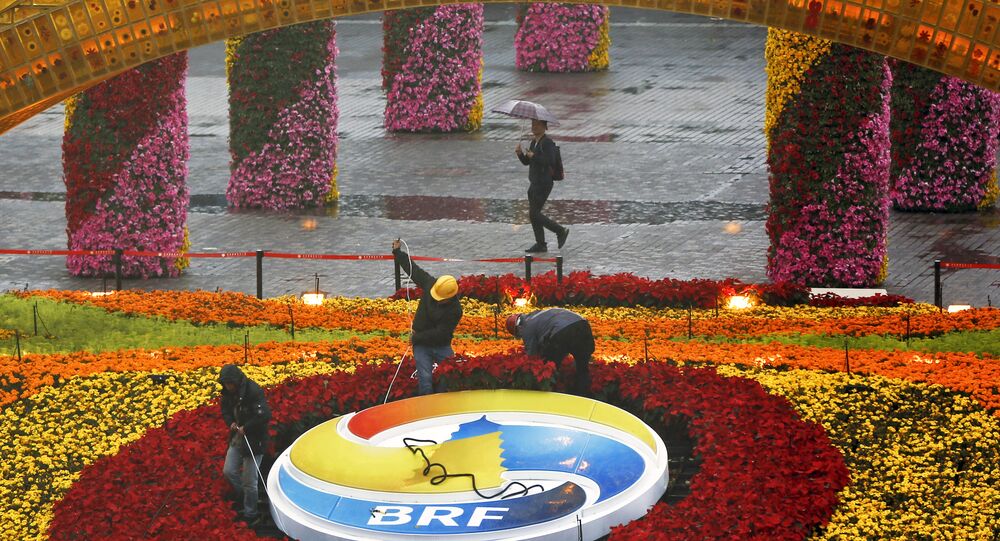 India is opposed to a multi-billion-dollar connectivity link between China and Pakistan, which passes through Kashmir, a region both New Delhi and Islamabad claim in its entirety.

New Delhi has explained that its decision to forego April's Belt and Road summit was prompted by security and territorial integrity concerns. It marked the second time India has boycotted the forum on China's mega-project in the past two years.

"We feel that the infrastructure connectivity should be aligned with national priorities and should respect and follow certain well-respected or broadly accepted (norms) in the world, which include the elements of transparency openness, a level playing field, social, environmental and financial sustainability," said India's ambassador to China Vikram Misri, as quoted by The New Indian Express.

The diplomat added that initiatives in which India takes part "must be aligned with national priorities".

"That is one basket. The other basket is that these initiatives can be sustainable and successful only in so far as they respect issues related to sovereignty and territorial integrity," he noted, stressing that India's absence at the Belt and Road Forum had not affected trade with China.

The second Belt and Road Forum was held in Beijing from 25-27 April; India refused to send its representatives to underscore its opposition to the $60 billion China-Pakistan Economic Corridor (CPEC).

The CPEC, designed as part of Beijing's much-advertised, trillion-dollar Belt and Road Initiative, seeks to connect China's western Xinjiang province with Karachi, Pakistan's biggest city, and Gwadar Port in the country's southwest through a network of roads, railways, and energy projects.

The corridor passes through a part of the disputed region of Kashmir which has been held and administered by Pakistan for the past seven decades. India has repeatedly stated that the CPEC compromises its territorial integrity and sovereignty.

A retired Indian Army general said that the CPEC progress signals a "growing proximity" between China and Pakistan. He also voiced concerns that the recent deployment of Chinese troops close to the India-Pakistan border (ostensibly carried out to secure the safety of the project amid a wave of protests by locals) could be a pretext to the placement of a military base inside Pakistan.

April's Belt and Road summit was the second such meeting to be blocked by India. In 2017, New Deli also sent no delegation to Beijing, saying that the summit did not meet the criteria of transparency and respect of sovereignty and territorial integrity.

The 2017 conference gathered 29 heads of state and government, while this year's summit was held on an even bigger scale, drawing together 37 world leaders, including Russia's Vladimir Putin and Italian Prime Minister Conte. Major global institutions such as the International Monetary Fund were also in attendance.