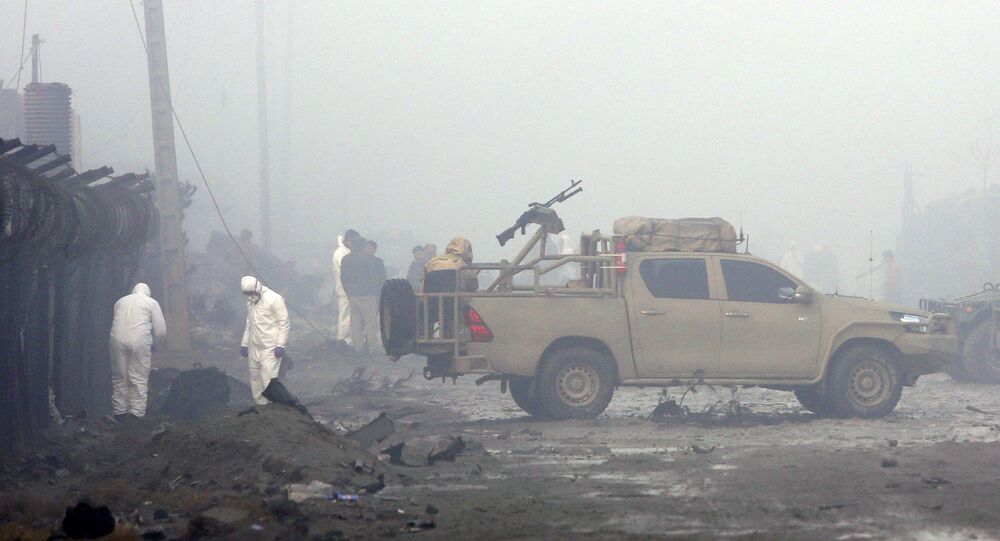 Resolute Support, the US-led mission in Afghanistan, has told the government watchdog SIGAR it will no longer report “district control data” showing what percentage of the Afghan population is controlled by the Taliban, saying the data was of little use.

"This quarter, the US-commanded NATO Resolute Support (RS) mission in Afghanistan formally notified SIGAR that it is no longer assessing district-level insurgent or government control or influence. The RS mission said the district-level stability assessments were ‘of limited decision-making value to the [RS] Commander,'" Special Inspector General for Afghanistan Reconstruction (SIGAR) chief John Sopko wrote in his quarterly report, published April 30. "RS added that there is currently no other product or forum through which district-level control data is communicated to the command. "

"The last district-stability data RS produced was for its October 22, 2018, assessment; SIGAR reported on that assessment in its January 2019 Quarterly Report to the United States Congress," Sopko noted.

That final report was pretty unfavorable to the US mission and came shortly after the war entered its 18th year, finding that "[T]he Afghan government's control or influence of its districts decreased by nearly two percentage points since July [2018] to 53.8 percent." AP noted that this decline followed nearly two years of unchanged stats on the subject.

That's a far cry from the goal expounded in November 2017, when then-commander of US Forces-Afghanistan Gen. John Nicholson said that 80 percent was the "critical mass necessary" to ensure victory over the Taliban.

"We are focused on setting the conditions for a political settlement to safeguard our national interests," Col. David M. Butler, a spokesman for the new US Forces-Afghanistan commander, Gen. Scott Miller, told AP Tuesday. "The district stability assessment that was previously provided by DOD was redundant and did little to serve our mission of protecting our citizens and allies."

The new policy is in line with the new attitude coming out of the White House this year, one of ambivalence about the use of such reports.

"They do a report on every single thing that's happening, and they release it to the public," US President Donald Trump lamented in January, at his first cabinet meeting of the year. "We're fighting wars, and they're doing reports and releasing it to the public? Now, the public means the enemy. The enemy reads those reports; they study every line of it. Those reports should be private reports."

"I don't want it to happen anymore," the president reportedly told acting US Secretary of Defense Patrick Shanahan at the meeting.

"I don't think it makes sense," Sopko told reporters last week. "The Afghan people know which districts are controlled by the Taliban. The Taliban obviously know which districts they control. Our military knows it. Everybody in Afghanistan knows it. The only people who don't know what's going on are the people who are paying for all of this, and that's the American taxpayer."

© AFP 2020 / Bonny Schoonakker
Three US Troops, One Contractor Killed in Explosion Near US Base in Afghanistan

Author and journalist Daniel Lazare told Sputnik Wednesday the Trump administration's stifling of information coming out of the Afghan war "is a last-ditch attempt to cover up a problem that is rapidly deteriorating."

"The conflict has been going on for 18 years, the Taliban are steadily advancing, and the US public is sick and tired of what is, by now, America's longest war," Lazare said. "He can't send in more troops because voters won't stand for it, but he can't pull them out due to the incalculable loss to US prestige — so he dithers."

"The great Afghan misadventure was a major factor in the demise of the Soviet Union, and there's no doubt that a comparable debacle under Trump would have similar ramifications in the US, so Trump continues to pretend that he's winning, even though the truth is otherwise," Lazare said.

The writer noted that US power is in trouble around the world, not just in Afghanistan.

"Trump also can't figure out whether to stay or go in Syria, while regime change is definitely not going according to plan in Venezuela. Nicaragua and Cuba continue to thumb their nose at Washington," Lazare said, noting that the reliably pro-American Ukrainian President Petro Poroshenko "just suffered a 3-to-1 defeat. Hillary Clinton and John Kerry were disasters as secretary of state, but Trump's foreign policy team of [Secretary of State] Mike Pompeo, [National Security Adviser] John Bolton, and [Vice President] Mike Pence is even worse: they are truly the gang that couldn't shoot straight, yet they continue to blunder on."

"If America had a halfway-rational government, it would try to pare back its losses by concentrating on what's worth saving and what's not — but an orderly retreat is the most difficult military maneuver to pull off, so rather than pulling back, Trump prefers to close his eyes to reality and pretend he's winning across the board. But he's not; it won't work. A crisis is coming, most likely in the Middle East — and when it hits, it won't be pretty."

The decision comes as a new set of peace talks between the US and the Taliban got underway Wednesday in Doha, Qatar. Representatives from the two sides have met periodically since January. However, there have been some snags. Notably, the Taliban has refused to negotiate with the government recognized by the US in Kabul — that of Afghan President Ashraf Ghani, whom the Taliban views as a US puppet. US officials hope to thread a careful needle that permits a US withdrawal while also preserving peace between the Taliban and central government.