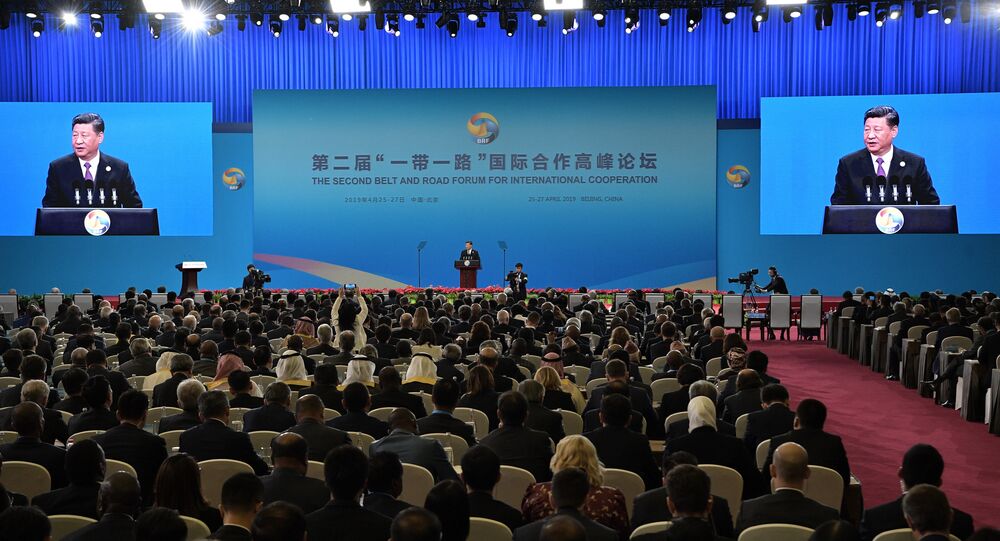 China's President Xi Jinping said on Friday the aim of his Belt and Road initiative is to advance win-win cooperation among countries and build a new platform for international trade, while also creating development opportunities for China, Reuters report says.

In his keynote speech at a summit on the Belt and Road initiative, Xi noted that the next step for the international project was to push the initiative towards high-quality development, with a focus on green infrastructure and finance.

He noted that the Belt and Road projects need to be transparent and fiscally sustainable, which some viewed as an acknowledgement of growing concerns about debt linked to his global infrastructure initiative. A report on the debt requirements would provide direction for future financing, Xi noted, adding that there will also be "zero tolerance" for corruption in these project.

"We need to ensure the commercial and fiscal sustainability of all projects so that they will achieve the intended goals as planned," Xi said, according to AFP. "Everything should be done in a transparent way and we should have zero tolerance for corruption."

Xi also said that the initiative "is not an exclusive club," adding that while China will continue to offer funding for projects under the Belt and Road initiative, but also welcomes other organisations' participation in financing.

"Belt and Road is not a closed exclusive club. […] Together we will create new opportunities for cooperation within the framework of this initiative," the Chinese leader said.

The Belt and Road initiative received a certain amount of criticism, with some partner nations bemoaning the high cost of projects. China has repeatedly said it is not seeking to trap anyone with debt and only has good intentions, while Western countries have accused Beijing of useing the initiative as a means to spread Chinese influence abroad, saddling poorer countries with unsustainable debt.

The Belt and Road initiative seeks to reinvent the ancient Silk Road to connect Asia, Europe and Africa with a network of maritime, road and rail projects. Leaders from 37 countries and officials from numerous other nations have come to Beijing to attend the three-day forum.