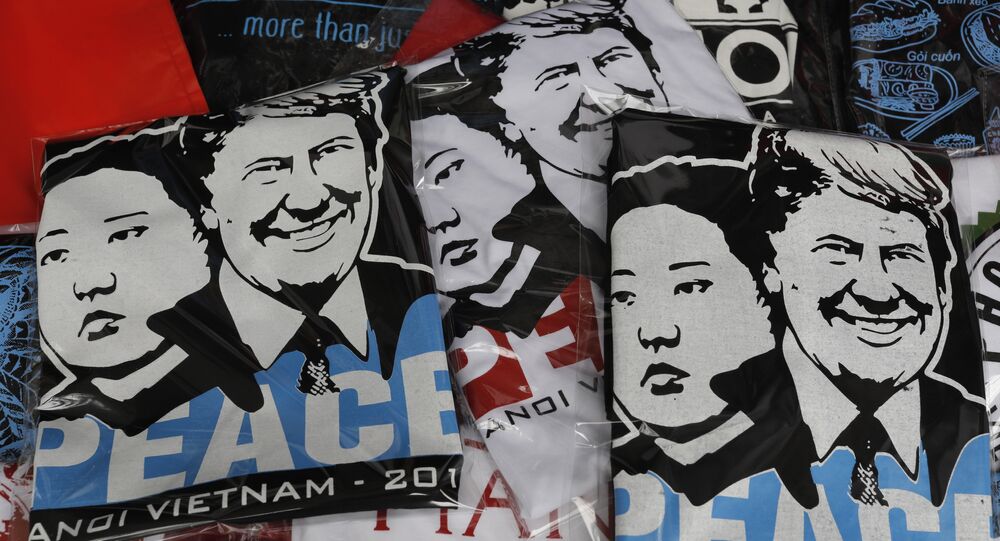 An unverified report from a Korean-language Japanese news source claims that four North Korean officials were executed by firing squad in early April for their roles in the failure of the February summit between North Korean leader Kim Jong Un and US President Donald Trump in Hanoi, Vietnam.

Asia Press reported Wednesday that a source in North Korea's North Hamgyong Province said on April 22 that four diplomats had been shot as punishment for "selling" confidential information to the US prior to the summit, causing it to be "fruitless."

"The execution took place early April in Pyongyang," Asia Press quoted the source as saying. "A total of four people — from the North Korean embassy in Hanoi and the Foreign Ministry — were executed by firing squad in front of ranking military and foreign ministry officials."

However, the source told Asia Press these were only rumors. "While there are people who take the story at face value, some take it with a grain of salt," the source said.

However, these kinds of rumors have just as often turned out to be fiction as they have been fact. Last June, Sputnik reported that Ri Yong Gil, then first vice minister of the Ministry of People's Armed Forces, had been promoted to chief of defense — despite having been reported as executed two years earlier by a defector.

In 2013, North Korean pop singer Hyon Song-wol was reportedly executed, too, along with 11 other musical performers. She then participated in the National Convention of Artists the following year, appearing on North Korean national television.

Hanoi was the second round of peace talks between the US and the Democratic People's Republic of Korea (DPRK), organized to set back in motion the stalled progress of the June 2018 summit in Singapore, where Trump and Kim laid the groundwork for denuclearization of the Korean Peninsula and the normalization of diplomatic relations.