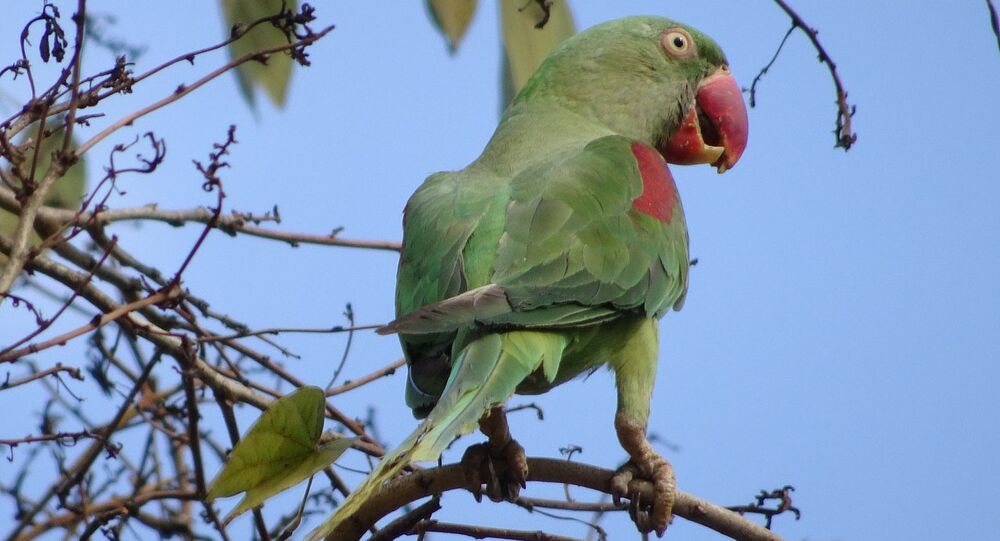 The suspects are accused of attempting to sell 150 rare alexandrine parakeets in parts of New Delhi. Acting on a tip-off from an unnamed NGO, police successfully apprehended them.

New Delhi (Sputnik): Police in India's national capital of New Delhi have confirmed the arrest of three people for allegedly attempting to sell more than 150 rare and endangered alexandrine parakeets and  parrots. The rescued parrots were reportedly captured from rural parts of India's northern state of Punjab.

A report in the English-language Indian Express newspaper quoted the police as saying that they were tipped off by an unnamed animal welfare officer about the parakeets being brought to Delhi on a privately run bus on 16 April.

Alexandrine parakeets are in high demand globally for their ability to mimic human speech. The Switzerland-based International Union for Conservation of Nature, a global organisation working to promote nature conservation and sustainable use of natural resources, has described the alexandrine parakeet as a near-threatened bird species.

© AFP 2020 / Biju BORO
3 Bhutanese Nationals Held in India for Wildlife Smuggling
The suspects, identified as Alimuddin, Imran and Mohammad Kamar, arrived in Delhi from Bhatinda, a southern city in Punjab. They reportedly decided to come to Delhi after striking a deal to sell the rare birds in the capital, the Indian Express reported.

Police invoked sections of the Wildlife Protection Act, 1972, and arrested the men on Wednesday. They have since appeared before a city court and were remanded in judicial custody until 30 April.

The rescued parrots have been handed over to the Jain Bird Hospital in the Walled City of Old Delhi as per the orders of the court.

Most parakeets fetch between $57 and $72. Those that are able to mimic human speech can fetch a price as high as $360 in the Indian market.