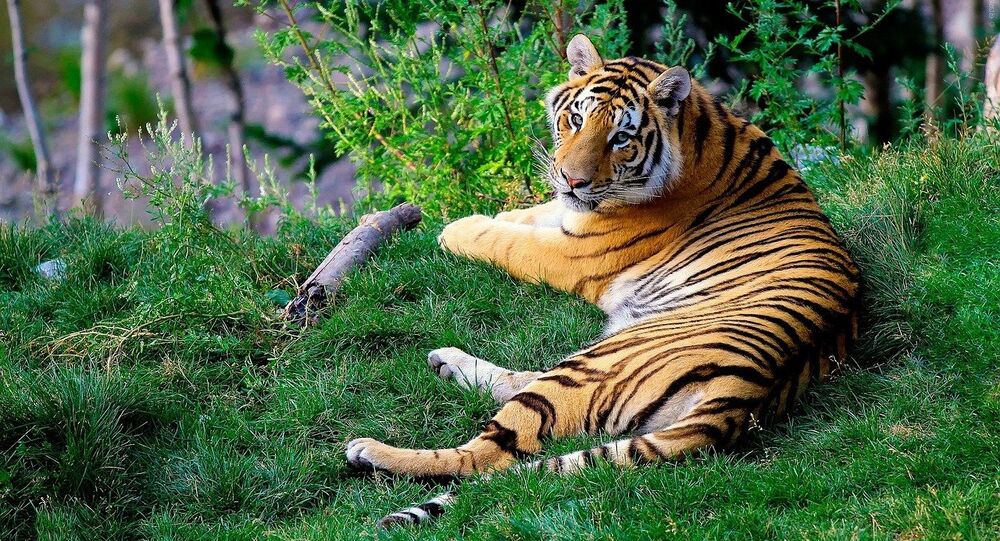 The Royal Bengal Tigress Sundari, which was the first member of the giant cat family to be released into the forest under the Indian government’s tiger relocation project, has allegedly turned man-eater following which locals have demanded that she be kept in a zoo.

New Delhi (Sputnik) — Sundari which was relocated by India's wildlife department from the forests of Madhya Pradesh to Odisha, will now be kept captive in a zoo. The government of Odisha took the decision amid growing criticism for its "thoughtless" initiative of shifting Sundari from its natural habitat, thereby making her a "man-eater."

Nandankanan Zoo located on the outskirts of Bhubaneswar, the capital of Odisha, is likely to be the new abode for the Tigress after it is captured by forest officials.

​Nevertheless, with all attempts to capture Sundari still failing, Odisha government on Monday decided to deploy additional teams to tranquilize the big cat which is now roaming freely in the Satkosia Tiger Reserve.

"Our plans are to keep Sundari in the tiger safari in Nandankanan and we will notify NTCA (National Tiger Conservation Authority) officials in this regard. If they do not accept our proposal, we may consider sending back the tigress to Bandhavgarh Tiger Reserve in Madhya Pradesh from where it was brought as a part of the ambitious Tiger Translocation Programme," Odisha's Forest and Environment Minister Bijayshree Routray told the media.

The big cat allegedly killed two people and a bullock in separate incidents in Baghamunda and Tainsi villages inside the tiger reserve in Odisha earlier this month.